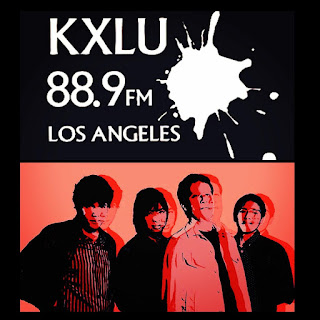 Today's post is a special treat for those of you who are super fans of The Reflectors or power pop in general. Back in May, I reviewed First Impression, the phenomenal debut album by this LA power pop foursome. First Impression is not just one of the strongest albums of the year. It's one of the best power pop albums of the last several years! If you love the album and still can't get enough of The Reflectors, head on over to the group's Bandcamp and check out Radio Transmission - KXLU - a full-length radio set recorded live on the air last year. The majority of these songs turned up on the album, but there are quite a few that did not (Hint: they are likely to be on the next one!). "Radio Signals" sure sounds like a hit to me! If this is your first exposure to The Reflectors, you will definitely want to start with First Impression. But if you're a fan, Radio Transmission is well worth ten bucks!