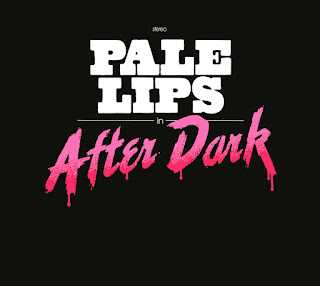 I was recently contemplating how Rum Bar Records has worked with almost all of my favorite bands of the moment. With Hayley and the Crushers, The Speedways, The Cheap Cassettes, and Brad Marino already on the roster, I joked to myself that the only band missing was Pale Lips. And then, boom, out of the blue Lou announced he was reissuing Pale Lips' second album After Dark on CD! So yeah: my entire top five list of favorite current bands/artists is now in the Rum Bar family! It's no secret that Pale Lips are my favorite band and that After Dark was my favorite album of 2019. I probably don't need to write a whole new review of an album that I've previously praised at length. But here are my bullet points on this newest release of After Dark:

After Dark is out today on Rum Bar Records. All CD orders come with a fold-out mini-poster while supplies last. You know what to do!