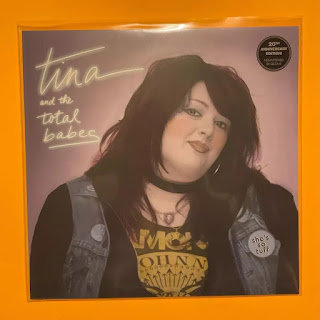 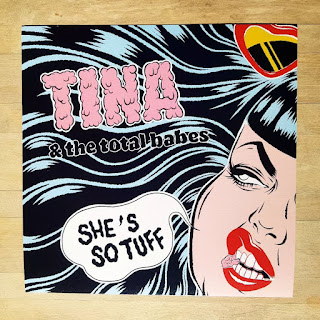 Just a quick public service announcement: the 20th anniversary reissue of Tina and the Total Babes' classic album She's So Tuff is now available on the LP format! If you want to own one of the greatest power pop albums ever made on gorgeous 180-gram vinyl, hop on over to the Surfin' Ki Records webstore and order away! While supplies last, the album is available on black, gold, blue, clear orange, and clear yellow vinyl. You can also order a test press with a pink cover. Super-super-fans might want to spring for the full bundle: all six versions of the record for 89.99€! I know for my American friends, postage on this thing is gonna be murder. But man, what an incredibly cool release this is! This is perhaps THE most significant album of the modern power pop revival, and you know these LPs are gonna go fast. CD and digital are still available from Rum Bar Records!
-L.R.
http://surfinkirecords.bigcartel.com/product/tina-the-total-babes-she-s-so-tuff-lp-20th-anniversary-remastered-edition
http://surfinkirecords.bigcartel.com/product/tina-the-total-babes-she-s-so-tuff-lp-collector-bundle
https://www.facebook.com/surfinkirecords/
https://www.instagram.com/surfinkirecords/
Posted by Lord Rutledge at 7:45 AM