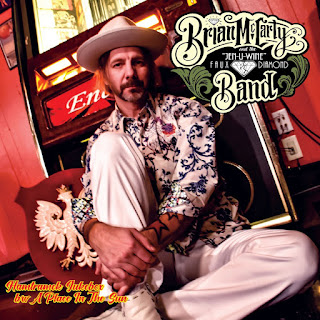 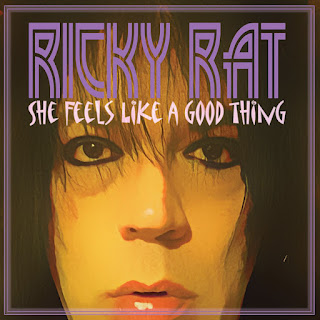 What's the next best thing to a new single from the late, great Trash Brats? How about new singles from Ricky Rat and Brian McCarty released simultaneously on I-94 Recordings! This double release will disappoint absolutely no one. The concept was for each of these guys to record an original song along with a cover of an iconic Detroit artist. Backed by the Jen-U-Wine Faux Diamond Band, McCarty gives off Trash Brats vibes with "Hamtramck Jukebox" -- his tribute to Lili Karwowksi and her beloved bar Lili's 21. Ricky Rat guests on guitar, and the song's references to the likes of The Mutants, Bootsey X & the Lovemasters, and The Junk Monkeys will certainly bring back fond memories to anyone who frequented shows at the Trash Brats' favorite hangout. If you were hoping for upbeat glam rock and roll with a touch of pop, "Hamtramck Jukebox" is precisely that. On the flip, McCarty does a rootsy rock and roll version of Stevie Wonder's "A Place In The Sun" that is an absolute blast. The legendary Jimmie Bones makes an appearance on piano, and of course he steals the show!
For his single "She Feels Like a Good Thing", Ricky Rat teams up with Laura Mendoza on bass and Joe Leone on drums. The A-side dishes out some old school glam-punk with catchy hooks: exactly what you'd expect from the longtime Trash Brat and recent Dead Boy. It has been five years since Ricky Rat last released solo tracks, and "She Feels Like A Good Thing" is right in line with that material. On the flip, he tackles The Rockets' early '80s number "Born in Detroit" in a style that can only be described as anthemic. Once again, Jimmie Bones turns up on piano and rips it up!
Whether you witnessed the 1980s and '90s Detroit punk rock and roll scene first hand or simply admired the Trash Brats from afar as I did, these two new singles from Ricky Rat and Brian McCarty & the Jen-U-Wine Faux Diamond Band are must-have items. Each single delivers a top-notch original song and a revved-up version of a Detroit classic. Jim at I-94 really went all out and pressed these records on a multitude of colors of vinyl. A few of the colors are sold out, but most are still available. Have at it!
-L.R.
https://i-94recordings.com/
https://www.facebook.com/I-94-Recordings-113204123938004/
Posted by Lord Rutledge at 10:33 AM