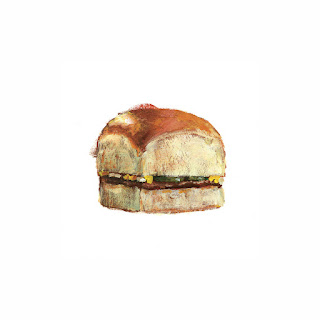 Blunt Bangs manage to be a 21st Century indie rock supergroup who tap into my nostalgia for the sounds of the late 20th Century. Featuring co-songwriters Reggie Youngblood (Black Kids) and Christian DeRoeck (Woods, Deep State), this Atlanta-based trio finds the sweet spot where power pop converges with '90s indie/alternative rock. The band's debut album Proper Smoker is a satisfying collection of loud/noisy pop tunes mining the Weezer/Teenage Fanclub/Superchunk corner of the musical universe. Yet even with the obviousness of the influences, this band seems to be modernizing the sounds of '90s college radio more so than it's simply reviving them. Youngblood and DeRoeck both show a devotion to a timeless craft of pop songwriting. But as you would expect given these guys' past work, this is still very much a contemporary-sounding record. You could call Proper Smoker indie rock for people who like power pop, or maybe it's power pop for people who like indie rock. Either way, it's an excellent debut full of well-crafted earworms.
-L.R.
https://bluntbangs.bandcamp.com/album/proper-smoker
https://www.facebook.com/bluntbangsband/
Posted by Lord Rutledge at 12:31 PM