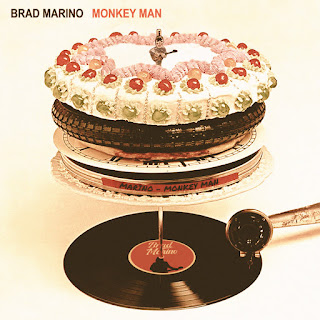 Brad Marino, one of my favorite recording artists of present day, has just released an exceptional track that's more than worth the asking price of $1.49. You surely recognize "Monkey Man" as an iconic song by the Rolling Stones. Marino got together with his talented pals Craig Sala and Kris Rodgers and recorded an amazing cover of "Monkey Man". It was just released last week in memory of Charlie Watts. It's a really cool take on a classic that features Marino on slide guitar and superb work from Rodgers on organ and Rhodes piano. On drums, Sala honors Charlie Watts in the ultimate way by holding the entire song together. If you're a fan of Brad Marino, the Rolling Stones, or just great music in general, you'll wanna give this a listen. Sweet artwork by Glenn Robinson!
-L.R.
https://bradmarino.bandcamp.com/track/monkey-man
https://www.facebook.com/bradmarinomusic
Posted by Lord Rutledge at 1:00 PM