The Yum Yums - For Those About To Pop! (Rum Bar Records issue!) 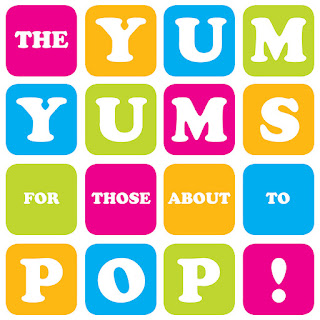 Way back in mid-June, I did an advance review of The Yum Yums' new album For Those About To Pop! While the album was released on vinyl by Screaming Apple Records on July 1st, only a few tracks had been available for streaming on Bandcamp. Well that changes today! For Those About To Pop! has been officially released in the U.S.A. on Rum Bar Records, and you can go listen to the whole darn thing now via Rum Bar's Bandcamp! In my book, this is the best record that Morten and The Yum Yums have ever made. It's the best of power pop and punk and glam rock and bubblegum blended into a non-stop parade of oughta-be hits. It's one of the most "pop" albums ever made and the ultimate summertime record. So hop over to Bandcamp, treat your ears to a pop explosion, and buy yourself a CD or digital copy for your permanent enjoyment. Do we really live in a world where "Baby Baby" isn't a multi-million selling radio smash?