The New Brutarians - "Living In Isolation" 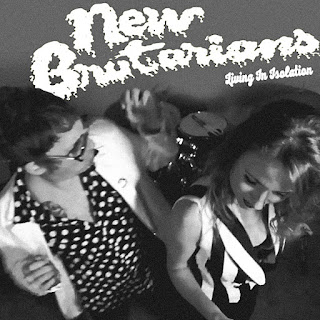 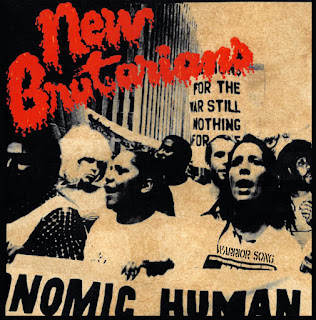 Some of you may have had your fill of topical songs this summer. But I still can't get enough. To me, one of the major points of art is that you can create something of value inspired by our shared human experience. And right now, humans are sharing an unprecedented experience. The New Brutarians, America's favorite new glam rock pop art proto-punk duo, have just released the ultimate 2020 anthem in their new track "Living In Isolation". Produced by Gino Bambino at SunWray Studios, "Living In Isolation" just might be the best New Brutarians song to date. There's something just a little "off" about the fidelity of the recording that gives this song a surrealistic feel. And that's totally perfect for a song about the present state of the world. I love the complexity of what this song is. One one hand, it's dark and apocalyptic. On the other hand, it's really catchy and upbeat enough to get you tapping your toes. Adams's lyrics are remarkable. He's written about a pandemic-stricken world with honesty and bleak realism, but with a glimmer of hope still flickering. The lines "Every song I hear tonight/Sounds like shite/The words real trite/But I'll spin it again tomorrow when the sun is shining" absolutely blow me away.

In addition to "Living In Isolation", The New Brutarians also recently released "The Warrior Song" from their quarantine recording sessions with Gino Gambino. This track has a rawer, fiercer sound than most of the band's existing tracks. For the lack of a better term, I'll say it's the band's "punkiest" song yet. It reminds me a little of Adam's old band The Beatings. Again, the lyrics are totally fantastic and well worth your inspection. Both "Living In Isolation" and "The Warrior Song" can be streamed from The New Brutarians' Bandcamp and SoundCloud pages. And be sure to check out the music video the band just made for its killer 7" track "A Little Hit of You"!