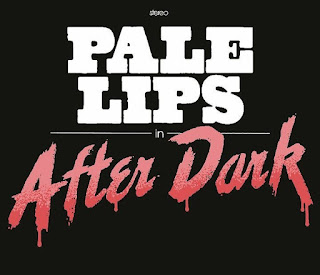 Aww yeahh! After Dark release day has arrived! Shouldn't this be an international holiday? I fully expect to see people celebrating in the streets! You know After Dark has been playing on repeat all morning here at Faster and Louder HQ! This sophomore long player from Montreal foursome Pale Lips was without doubt my most highly anticipated album of this year. I know I said almost the exact same thing about the last Pale Lips album. But while I still love Wanna Be Bad, I'm here to tell you that After Dark blows it out of the water! It's definitely the best album I've heard in a couple of years. Out on Alien Snatch (Germany), Spaghetty Town (USA), Gods Candy (Canada), and Waterslide Records (Japan), After Dark doesn't veer far from the Chuck Berry by way of the Ramones blueprint of its predecessor. But while I probably could have identified two or three obvious "hits" on the last album, this one is basically nothing but hits. I have a new favorite track every day! Pale Lips have proven once again that rock n' roll still satisfies in a way that no other style of music possibly can. And you just won't hear music more joyful than this. Put this album on, and you've got yourself an instant party wherever you may be. If you're not dancing and singing along within the first minute, there may be no cure for whatever ails you. And don't bother asking me for tips on how to get these songs out of your head. No such means exist.

After Dark finds Pale Lips doing what may seem impossible: taking the hot sounds of 60 years ago and making them feel fresh and current in 2019. You can hear a song like "Some Sort Of Rock N' Roll" and easily identify the influences. Yet Pale Lips add something to the mix that is uniquely their own. It's not just the bad-ass guitarist and the super-likable singer and the cool, no-nonsense bass player and the unsung, rock-solid drummer. It's the way these four manage to insert their unique personalities into their music. I'm not saying your granddaddy won't like this record; it's just that your ten-year-old niece will like it too. And so will your next door neighbor, so do not hesitate to play it loud in the name of spreading the gospel. While throwaway lyrics are allowable or sometimes preferable in rock n' roll, that's not how Pale Lips operate. This band writes some of the smartest, funniest, and most quotable lyrics you'll ever come across. Lead single "You're A Doll", in addition to being more fun than the law should allow, is a profound statement on gender stereotypes. "Hiding From The Moon" is probably the best song ever written about the drawbacks of dating a werewolf. "All My Baby Brought Back Was The Blues" is the latest in a long line of Pale Lips songs that had me laughing out loud in multiple spots. "I'm A Witch" is a direct response to "The Witch" by The Sonics...a response worthy of a mic drop!

While for the most part sticking to Pale Lips' signature style of upbeat poppy punk rock n' roll, After Dark is not without its surprises (which I suppose I'm about to ruin). You'll hear a few musical instruments outside of just guitar/drums/bass. And a couple of the "riskier" song choices contribute to this being an even better album than Wanna Be Bad. "That Old Ghost Don't Lie" is beautiful and haunting and just a completely stunning pop song. "Cosmic Love", quite literally, takes Pale Lips' sound to outer space. You know that feeling you get when your favorite band releases a new record and it's so totally great that you wanna tell everyone you know about it? That's basically where I'm at right now! Witches, aliens, and ghosts: oh my! I probably won't go out in public and demand that people stop what they're doing so I can play them "I'm A Witch". But if I should witness other individuals doing exactly that, my year will be made.