The Dents - self titled 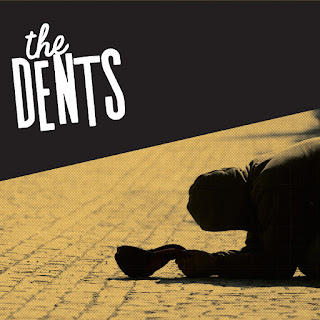 It was always my belief that The Dents should have been huge. I know I say that about a lot of bands, but it's especially true in the case of The Dents. In the middle 2000s period of punk rock, The Dents were one of the best bands going. They had killer tunes, a blistering live act, and two powerhouse vocalists/songwriters in Michelle Paulhus and Jennifer D'Angora. They were beloved in their hometown of Boston but never properly recognized across the globe. The band released a criminally underrated debut album called Time For Biting in 2005 -- which sadly turned out to be the only LP the group would make in its original run circa 2003-2007. Fast forward to today: The Dents have been back together a while and are primed to take the world by storm. Out today on Rum Bar Records, The Dents' self-titled EP is their first official release in 14 years. Three of these tracks were released digitally in 2018, and opening cut "Last One Standing" is a remix of one of the band's signature songs from back in the day. Altogether it makes for a terrific package. There are four songs on the CD plus three digital bonus tracks. Listening to these songs, I'm struck by how much the world still needs a band like The Dents in 2021. The sound is melodic but hard-edged, bolstered by rocking musicianship and top-notch production. Paulhus and D'Angora are exceptional vocalists both individually and in harmony. There was a time in the not so distant past when you could hear music like this on your favorite "alternative" radio station.
Interestingly, the centerpiece of The Dents' self-titled EP is a cover of "Homeless" -- a song originally written and recorded by Holly Beth Vincent for her project The Oblivious in 1993. "Homeless" was the first song that Malibu Lou shared with me in advance of the EP, and I can totally understand why. The Dents absolutely shine as a band on this nearly six minute track -- sounding more than ready to rock the roof off of an arena near you. Both lead singers are vital to this powerful duet, and Craig Adams tears it up like the guitar god you already knew he was. "Last One Standing" is certainly the anthem of this EP, and "Want It Back" is probably the most obvious "hit". But it's the stunning cover of "Homeless" that is the real "grower" here. Every time I go back to this EP, I'm struck by the song's brooding intensity. The Dents honor a hidden gem of Holly Beth Vincent's catalog but also manage to make the song their own. I also like the way "Homeless" fits in with the rest of the tracks. It's different, but by no means does it sound out of place on this EP.
A lot has changed in the independent music universe since The Dents' heyday. These days we have social media, streaming platforms, and a vast network of underground radio programs promoting punk/garage/rock and roll bands all over the world. If a band put out a CD in 2005, the only way to hear it was to...buy the CD! Today, a song can go viral in moments. It is in this particular environment that The Dents release their first new EP in a decade and a half. It delivers four (or seven) tracks of powerful punk rock and roll with killer hooks. Something tells me The Dents won't be Boston's best-kept secret very much longer.
-L.R.
https://rumbarrecords.bandcamp.com/album/the-dents
https://www.facebook.com/thedents
https://www.facebook.com/RumBarRecords
Posted by Lord Rutledge at 7:36 AM