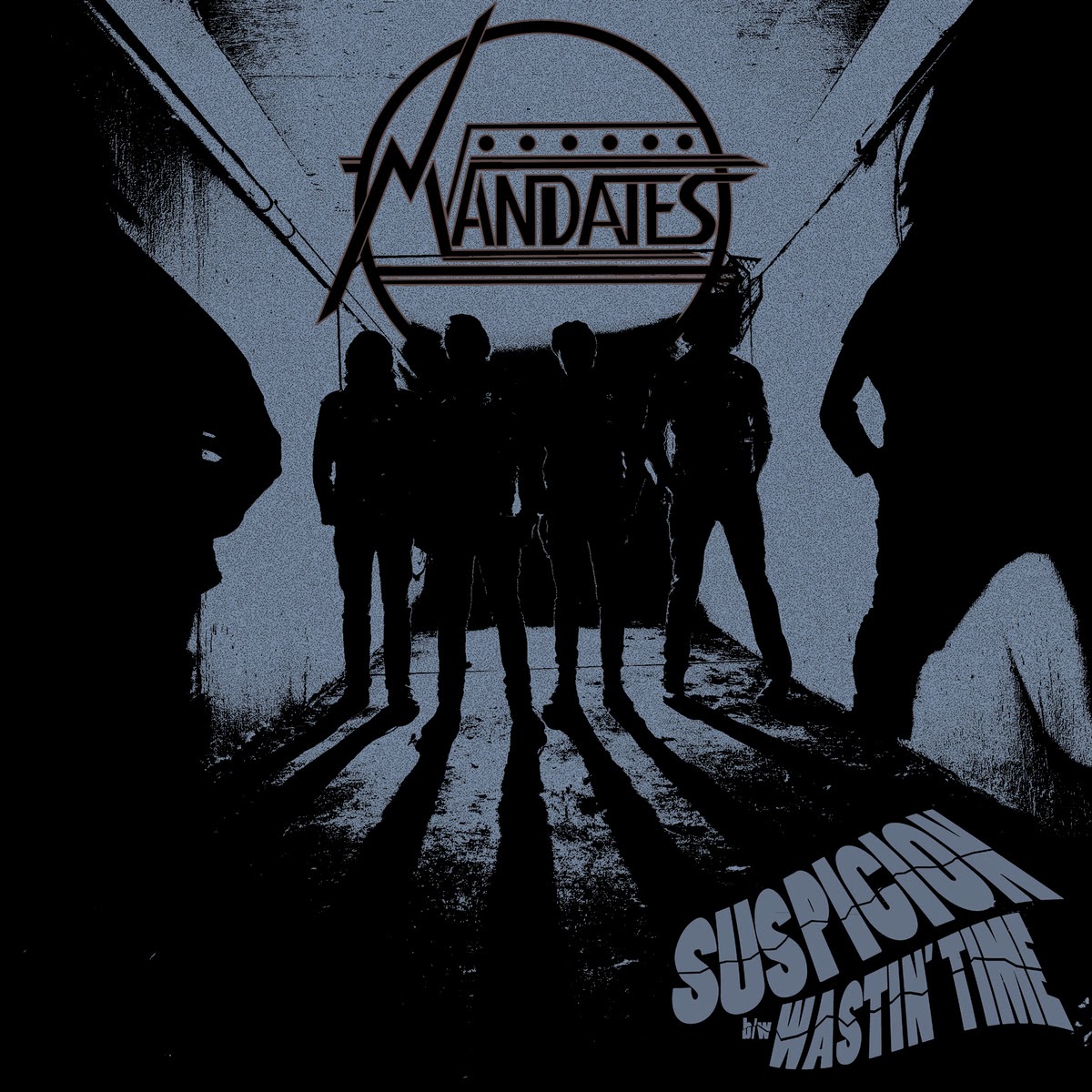 Mandates, a foursome out of Calgary, had one of my favorite punk rock LPs of 2013. In fact, I'd say it's one of the most underrated albums of the last couple years. The Canadian punk scene continues to blow my mind with its unceasing awesomeness, and Mandates are definitely one of the best bands going up north. So when I saw that these guys had a new single out, I was pumped! And let me tell you: "Suspicion" does not disappoint! While not too much of a departure from the '77 punk meets rockin' power pop vibe of the album, the title track dials up the rock n' roll in a major way. Think early Cheap Trick with AC/DC's guitars - with all the hooks and livewire energy you'd expect from such a combination! It's just pure excitement, and it's almost criminal for recorded music to be this much fun! Be ready to pump your fist and show off your air guitar skills! On the B-side, "Wastin' Time" is another awesome mix of punky powerpop and straight-up rock n' roll. I know it's a cliche to pull out the "double A-side" description, but I genuinely believe that either song could be considered "the hit". I wonder if they flipped a coin! Again Mandates enlisted the great Pat Kearns for mixing and mastering duties, and surely these tracks benefit from his Midas touch. After the year-and-a-half wait for new material from Mandates, this single comes through in a major way. A new album should be out early next year, and I can't wait!