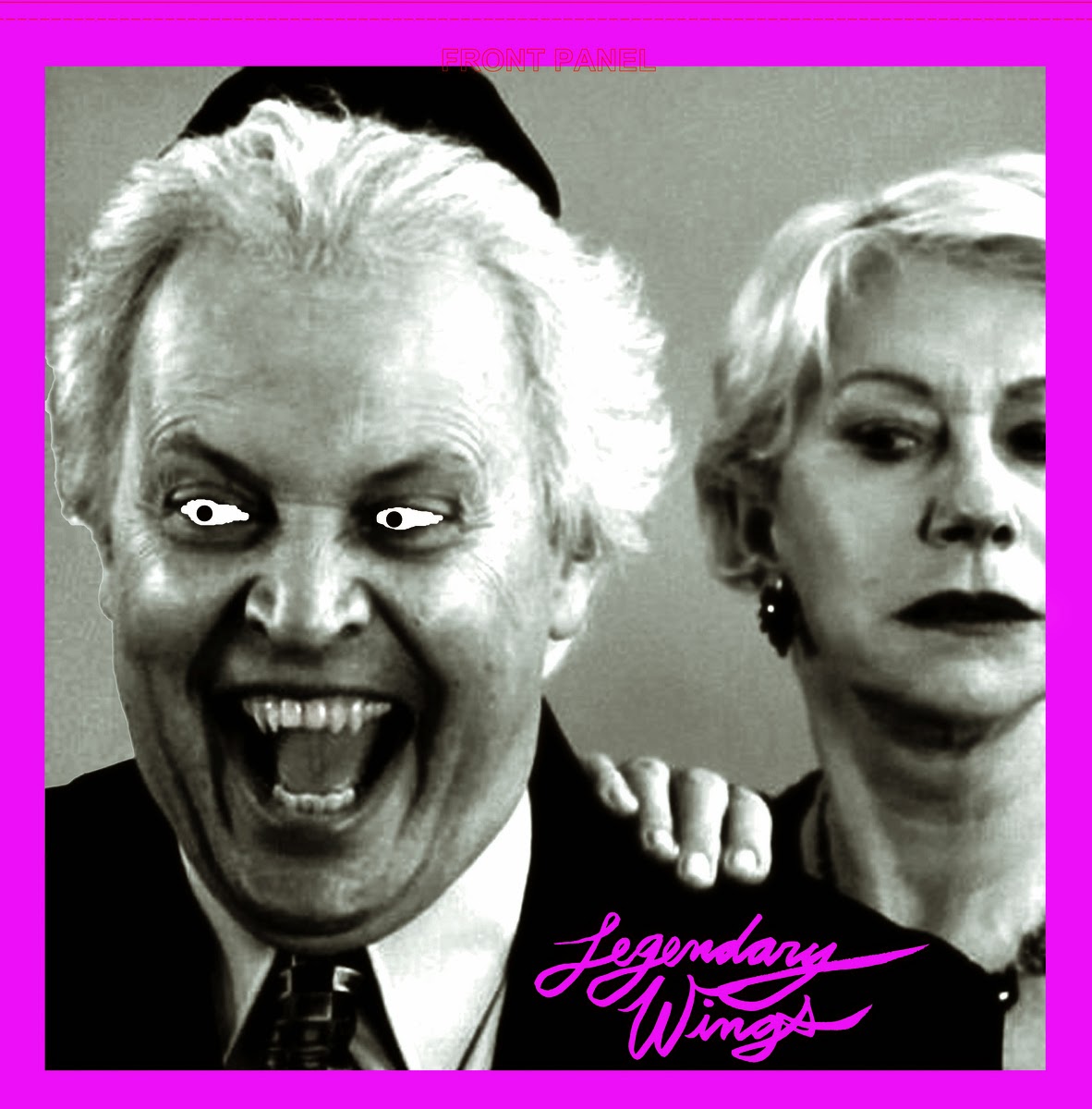 It's been two years since Kalamazoo, Michigan's Legendary Wings released their debut album, Making Paper Roses. Without question, I'd say that Making Paper Roses is one of the most underrated titles to come out on Dirtnap Records in recent years. And Legendary Wings, in my opinion, are one of the six or seven best bands on Dirtnap. Now they're back with a new album called Do You See - which I hope will be less underrated and more...uh....widely acclaimed!

One of the things I liked best about Making Paper Roses was its raw, lo-fi charm. I wondered if Legendary Wings would be as appealing if they made a more "professional" recording. Luckily, that question seems moot in the wake of the release of Do You See. Essentially, Legendary Wings' second album is just a leaner, stronger version of their first. They haven't lost any of that rawness, and they have largely returned to the formula that worked so well last time: a back-and-forth between fast, catchy garage-punk and jangly fuzzy pop. Again this band finds a way to combine "classic" Dirtnap influences (think Marked Men, High Tension Wires) with a post Husker Du, early '90s college radio type sound ("Missed Connections" could almost pass for a Buffalo Tom demo!). These guys seem way more interested in tightening their chops and perfecting their songwriting craft than they are in polishing their sound in the studio. So even with the messy, rough-edged fidelity still very much in tact, you can totally hear a progression from the last album.

In the grand Midwestern punk tradition, Legendary Wings still exhibit an unassuming, "Let's plug in and let it rip!" approach to their music. This comes through gloriously on hard-chugging numbers like "Fatuous" and the crackling album closer "Use". But while Do You See is a total blast in every sense, it has way more going on than you might sense at the surface. "Weather Advisory", with its haunting chord progression and cleverly ominous lyrics, forecasts rough sailing on the relationship front. And the wistful jangler "Separate Rooms" will just about tear your heart out. These more melancholic pop songs are quickly becoming a signature for Legendary Wings. And when they're thrown into the mix with the more upbeat tracks and a few funny soundbites, it really makes for a well-rounded album.

In terms of both total running time and number of tracks, Do You See does not approach the sheer quantity of its 16-song predecessor. But perhaps this is what an album should be: just ten songs and nearly all of them fantastic. Legendary Wings have left me wanting more, and I keep hitting that repeat button once the music stops. Combining the best aspects of garage, pop, and punk, Legendary Wings have emerged as a genuinely original force in today's scene. And Do You See is a record that ought to make people notice.