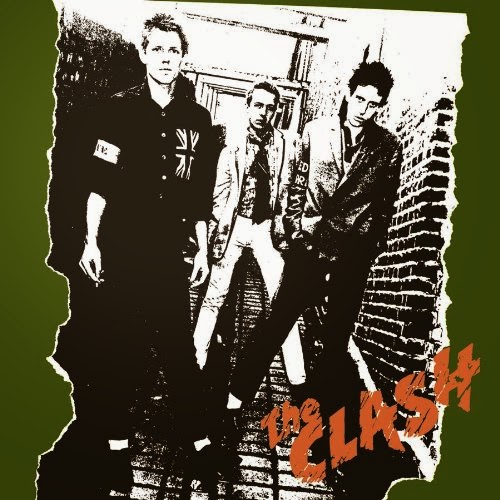 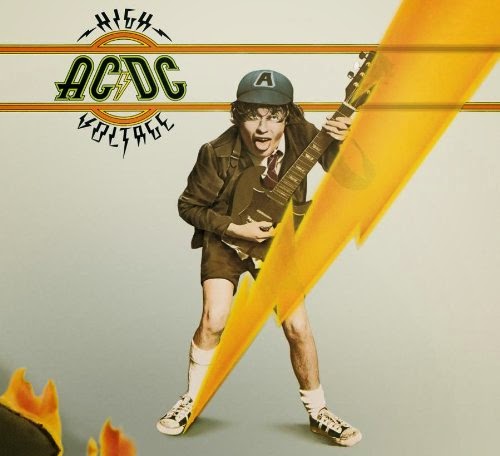 More than once, someone has asked me, "What's your favorite album?" or "What are your favorite albums?" And, you know, it's not always easy for me to come up with an answer. Having been a fan of music for three and a half decades, I find it darn near impossible to list just five or ten all-time favorite albums out of the thousands I've enjoyed. But I'm never one to back down from a challenge. Sure, I could go all the way to a top 50 or even 100 to be more fully inclusive. But that would make it too easy - and where's the fun in that?! So ten it shall be. Here goes!

10. Exploding Hearts- Guitar Romantic (2002)
It's hard to believe that it's been 12 years since Guitar Romantic came out - and over 11 since this band came to such a tragic end. I remember giving this album such an over-the-top rave review that I shamed myself into replacing it with a toned-down "revised" version. But looking back, I was right the first time! Guitar Romantic has been in heavy rotation in my car CD player for a decade, and without a doubt I would put it up there with the all-time great punk rock and power pop LPs. Thinking about today's punk/powerpop scene and some of the amazing young bands I write about, I can't help wondering how many of them would even exist without the inspiration of the Exploding Hearts. They were that important. And while listening to Guitar Romantic often fills me with sadness, the music always brings me great joy. If you see some crazy dude in his car singing along to "Still Crazy" at the top of his lungs, it's probably me.

9. Replacements - Tim (1985)
It's been said that the Replacements never made a truly great album - that even at their absolute peak, they would bog down their LPs with joke songs, failed experiments, and all other sorts of filler. While I generally agree, I'd say that the, uh, unpredictability of the 'Mats' recorded output was a large part of the band's greatness. Tim, in addition to being the Replacements album that I listen to the most, is probably the closest the band ever came to making a front-to-back masterpiece. It's got the perfect mix of tear-out-your-heart ballads ("Here Comes A Regular", "Swingin' Party"), outsider rock anthems ("Bastards Of Young", "Left Of The Dial"), and charming, rootsy pop songs ("Kiss Me On The Bus", "I'll Buy"). The underrated "Little Mascara" is one of my favorite 'Mats tunes, and even throwaway rockers like "Lay It Down Clown" are great fun. If you ever bought a Replacements record and thought to yourself, "I just don't get it!", I would urge you to purchase Tim and see if that changes your mind.

8. Generation X - self titled (1978)
The U.K. punk rock sound of '77 has long held a special place in my heart. Generation X, along with The Clash and Sex Pistols, define that sound for me. I prefer the American version of Gen X's debut due to the inclusion of "Wild Youth" and "Your Generation".

7. The Who - Who's Next (1971)
The music geek in me wants to say, "But their '60s stuff was so much better." However, I was raised on classic rock. As a kid, I always liked the Beatles and the Stones - but I loved The Who. Who's Next found the band making the seamless transition from mod pioneers to arena rock gods, and a full two-thirds of the album has been in heavy rotation on classic rock/AOR radio for 40 years plus. Even after thousands of listens, anthems like "Baba O'Riley" and "Won't Get Fooled Again" still implore me to rock my air guitar and air drum moves like nobody's business. As an aspiring natural bodybuilder during my teen years, I often designed entire posing routines set to "Behind Blue Eyes". Thank God there is no footage of this.

6. Sex Pistols - Never Mind the Bollocks, Here's the Sex Pistols (1977)
A staple of my car's tape deck for many years. This is the album I play for people when they ask me what punk rock sounds like.

5. Billy Joel- Glass Houses (1980)
This selection doesn't seem to fit in with the rest, eh? Billy Joel, really? Glass Houses is another childhood favorite of mine that has stood up quite well over the years. I like it so much that I've owned it on just about every format imaginable. Originally written off as a transparent attempt to cash in on the "new wave" craze, Glass Houses infuses the "feel" of 1980 into a timeless pop/rock n' roll record. "You May Be Right" is still just about the most bad-ass song ever, and the sentiment of "It's Still Rock N' Roll To Me" rings truer than ever in today's world.

4. AC/DC- High Voltage (1976)
With all due respect to Brian Johnson, I've always been more of a Bon Scott guy. I love all of AC/DC's albums with Bon, but High Voltage is the one that's stuck with me the most. I don't think a better rock n' roll record has ever been made. There's nothing like being 12 years old and hearing "T.N.T" for the first time - your adolescent mind completely blown by such staggering lyrical brilliance.

3. The Clash - London Calling (1979)
When a punk rock band aspires to broaden its horizons and craft an epic rock record representing a myriad of musical genres, it's either going to be the best record ever or the absolute worst. The Clash tried this twice and got both results. I still can't sit through the entirety of Sandinista!, but I will never tire of London Calling. Side Two, in my opinion, is the best side of any album ever.

2. The Clash - self titled (1977)
While I will acknowledge that London Calling was The Clash's true masterpiece, it's not the Clash album that I listen to the most. Usually when I feel like listening to The Clash, I go for the fire and fury of that first album and urgent anthems like "London's Burning", "White Riot", and "Garageland". I've gone back and forth for many years as to whether I prefer the original U.K. release or the later American issue. But for the moment I'm siding with the original LP - mainly because I think "Janie Jones" is a way better album starter than "Clash City Rockers".

1. Vapors - New Clear Days (1980)
New Clear Days is my clear #1 selection for both musical and sentimental reasons. "Turning Japanese" was one of the first songs I got into when I first discovered popular music as a fourth-grader. Listening to New Clear Days is like time traveling back to my Cold War childhood. On top of that, I consider it the best new wave power pop album ever made. The Vapors were a clever, talented, and criminally underrated band that had the guts to walk away from the world of music rather than kowtow to the demands of its record label. If you've written The Vapors off as a one-hit wonder, give New Clear Days a listen and discover for yourself that the entire album is as good as "the hit". I've always preferred to play Side Two first - just so it starts with the band's best song, "News At Ten".

So there you have it. I was going to list a few honorable mentions, but that would be cheating. As you can see, I tend to favor "older" music. I'm thinking I need to plan a sequel to this post in which I'll only list my favorite albums post-2000. That would be interesting.

Some of my top 10 are included in there josh, along with a few I don't like. If I had to add a few to your list I'd have to pick the lillingtons - death by television, weezer - blue album, pacer - making plans and slf - inflammable material

Great selection, buddy. From your list, I have always enjoyed listening to Nevermind The Bollocks, Generation X debut album, the Clash, of course, and I would add... The Wipers´ Is This Real?

A recent entry to my 10 favorite albums is Television's Adventure. I was never really into the band until 2017 or so. Sure, Marquee Moon is an obvious classic, but the second release made this longtime REM fan take notice. Several cuts would've been welcome on Chronic Town or Murmur.