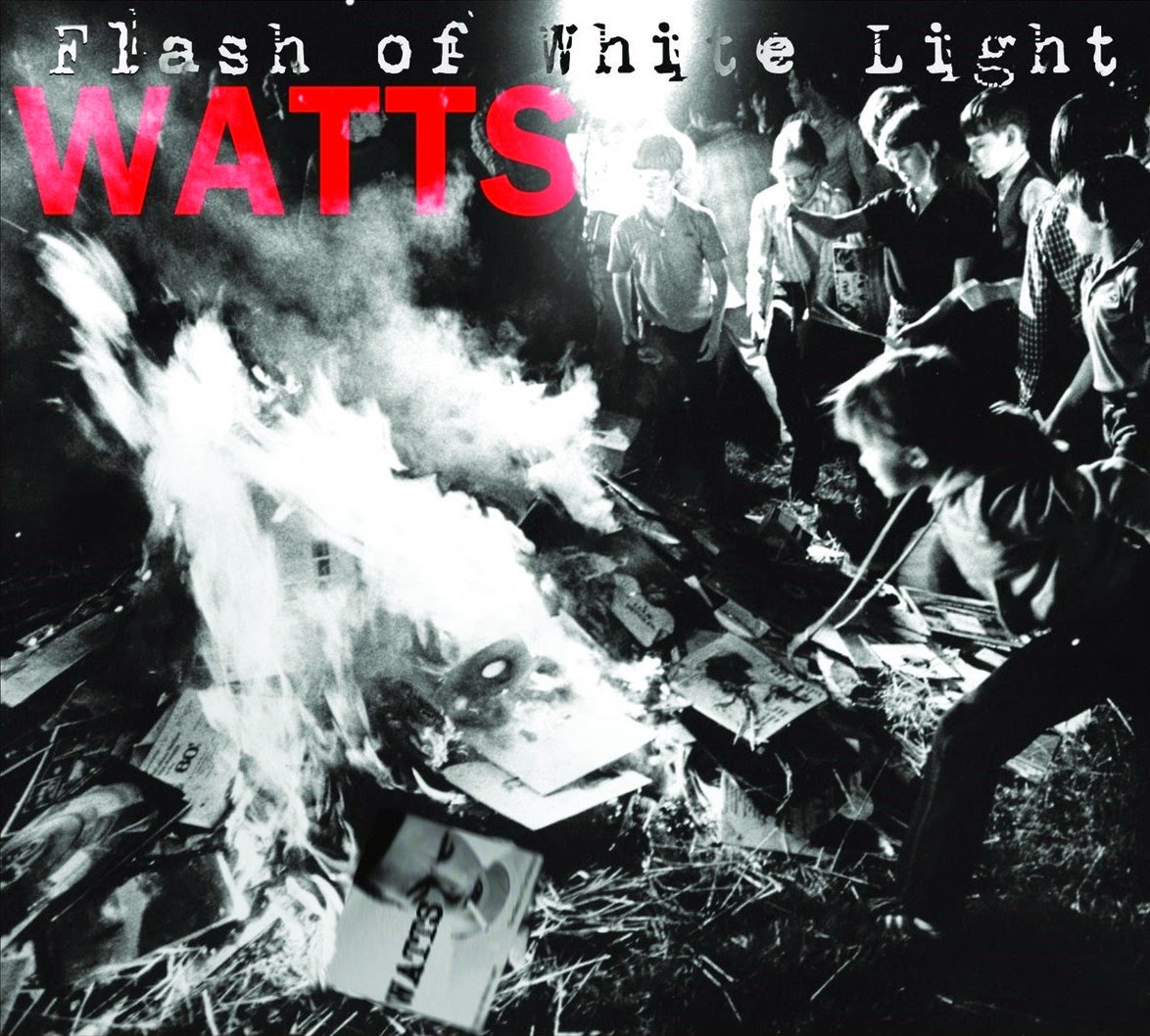 Flash Of White Light is the third album from Watts - and it's the kind of record that will make you wish you could catch these Boston rock n' rollers live! I love that this album makes zero concessions to the past 35 years of "progress" in popular music. It's exactly what we need more of in today's world - straight-up rock n' roll full of hot licks, high-powered riffs, and superbly-crafted hooks. Imagine if you could edit down your local classic rock station so that it only played the good stuff (Rolling Stones, Faces, AC/DC, early Aerosmith). Watts would fit right in on that channel!

When it comes to the current generation of no-frills rock n' roll, you have your bands with swagger and you have your bands with songs. It's rare to hear a band that's got both, and that's why Watts really stand out. John Blout and Dan Kopko, who tear it up on lead and rhythm guitar like a modern day Mick Taylor and Keith Richards, also excel in the singing and songwriting departments. And with drummer Johnny "Rock" Lynch (Neighborhoods/Dirty Truckers) and bassist Tim McCoy rounding out a phenomenal lineup, it's hard to find a better current rock n' roll band than Watts. Flash Of White Light sounds like it could have been issued in 1978 - not just for stylistic reasons, but also because it recalls a time when there was no shame in aspiring to write a hit song. In the case of Watts, the band has basically aimed for a whole album of hit songs! I would go so far as to say that you could easily slip a track like "Wasted Angels" or "Rocks" in between Cheap Trick and KISS on just about any rock oldies station, and people would be like, "This song is great! Why haven't I heard it before?" But I'm hesitant to use a word like "retro" to describe Watts, because that would imply that their music sounds out of time in the modern age. I prefer the term timeless - especially when you consider that real rock n' roll has never gone away no matter how widely it's been ignored by the mainstream in recent decades. And now more than ever, we need music like this.

Like so many of those great rock albums of yore, Flash Of White Light finds that perfect mix of sing-along rockers (the crackling title track), melodic mid-tempo numbers ("The Mess Is The Makeup"), and genuinely good ballads ("Better [For A Girl Like You]"). Of course the guitar work is electrifying, but it's a credit to the band that it never overshadows the songwriting. This is definitely one of those albums where every song is a little different and not just a rehash of the previous track. And even the deep cuts are gold. "Flying Over With Bombs" is like the "Sweet Child O' Mine" of 2014, while the Stones-y "Sidewinder" brings to mind unsung greats of the recent past like The Dragons and Bash & Pop. And while the band has great fun pointing out the derivative nature of its music on album-closer "Trick", the song itself is a complete triumph and a textbook example of why Watts rule. I've never cared a lick if something I'm listening to is breaking new ground. I just want to rock, ya know?! Watts rock hard, write great tunes, and live for that moment when they get to hit the stage and fill a room with energy. Flash Of White Light is highly recommended not just to classic rock fans but to anyone who craves music that is exciting and vital. Get the CD from Rum Bar Records, and vinyl lovers can still pick up the "Flash Of White Light" 45 while supplies last!