Jenny Dee is back! 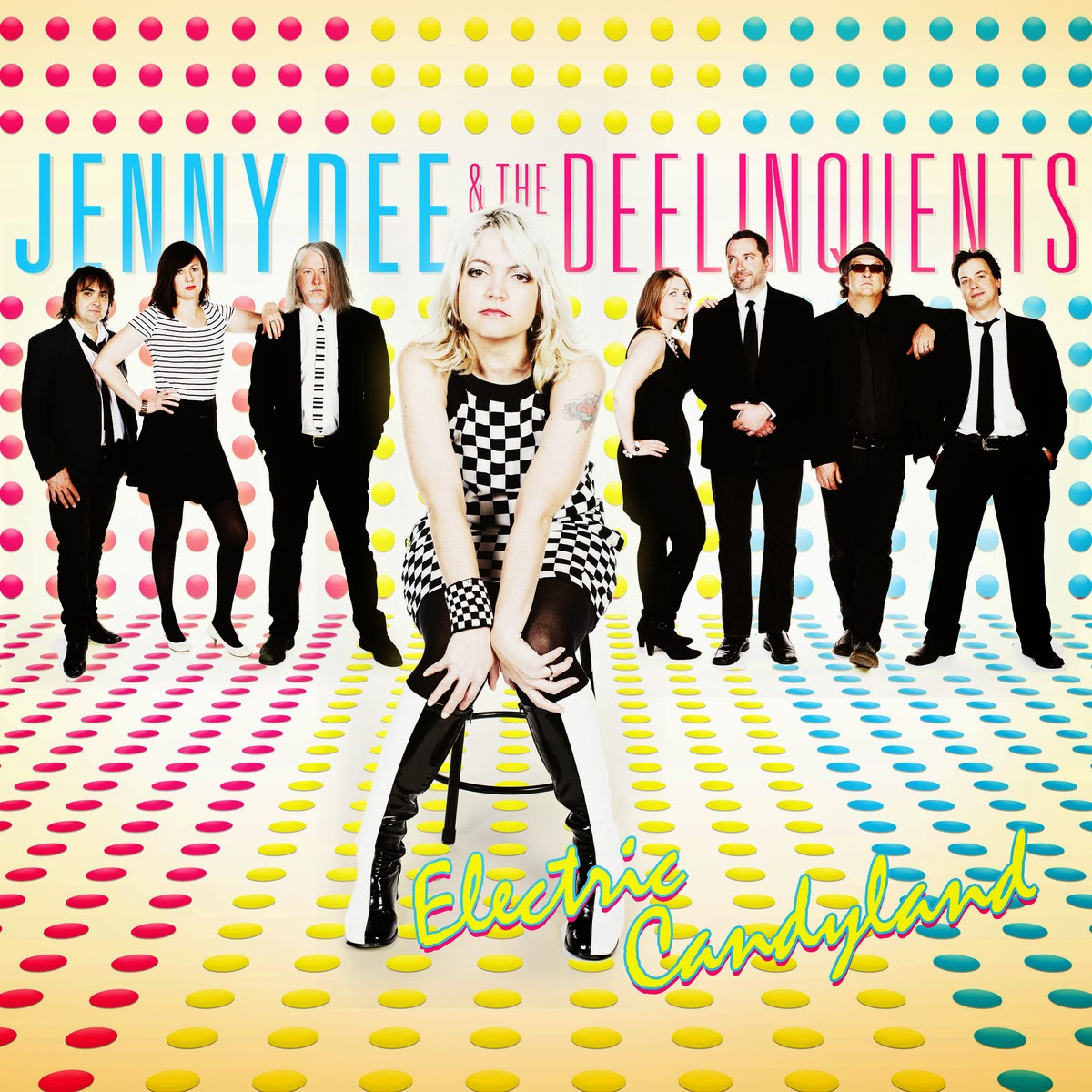 You may recall my review of Jenny Dee & The Deelinquents' most recent single, "Don't Tell Me". In what has been a truly phenomenal year for music, "Don't Tell Me" is one of the best singles I've heard all year. So it's hardly surprising that Jenny, Ed, and the gang have now delivered a full-length album that's also one of the year's finest. What I enjoy about this album is that it seamlessly combines every phase of Jenny Dee's musical progression into one delightful and unified package. Given that this encompasses everything from Motown & girl group inspired R & B to rootsy rock n' roll to turn of the '80s new wave pop, Electric Candyland can be counted on to offer plenty of variety. Yet it all flows together beautifully - a testament to Jenny's compelling vocal presence and formidable songwriting chops.

About half of Electric Candyland carries on in the direction of recent singles - suggesting what Blondie might have sounded like if they'd recorded with Jeff Lynne for the Xanadu soundtrack. Ed Valauskas is a truly amazing producer, and his skillful integration of strings, synthesizers, and lush background vocals is nothing short of majestic. If you liked the "Getaway" and "Don't Tell Me" singles, you'll be happy to know that both songs reappear here along with like-minded tracks such as "Bite Your Tongue" and "Livin' Alone". Yet by no means does it seem like you're listening to a different band when the action shifts to upbeat rockers like "Lookin' For Clues" or show-stopping soul numbers such as "Wake It Up". If there's one thing that unifies the different musical eras and styles that inspire Jenny Dee, it's the importance of great singing - both lead and backup. And this album is loaded with great singing. There aren't a whole lot of lead vocalists today who can hold a candle to the likes of Gladys Horton or Debbie Harry. But Jen D'Angora is definitely one of them. Listening to the stunning doo-wop ballad "That Moon Was Low", it's easy to understand why Graham Parker gave her that song to record.

How many times have you heard a band roll off a hot streak of singles, only to disappoint when it was time to make an album? Jenny Dee & The Deelinquents have avoided that fate, and it's no accident. Electric Candyland supplements a wealth of existing material (five of the six single sides are on the album) with some fantastic new songs. And it doesn't hurt that The Deelinquents are a red-hot band! This is not really a "garage" album or a "soul" album or a "new wave" album. It's a Jenny Dee album - and a worthy purchase for anyone who appreciates great music of all kinds.