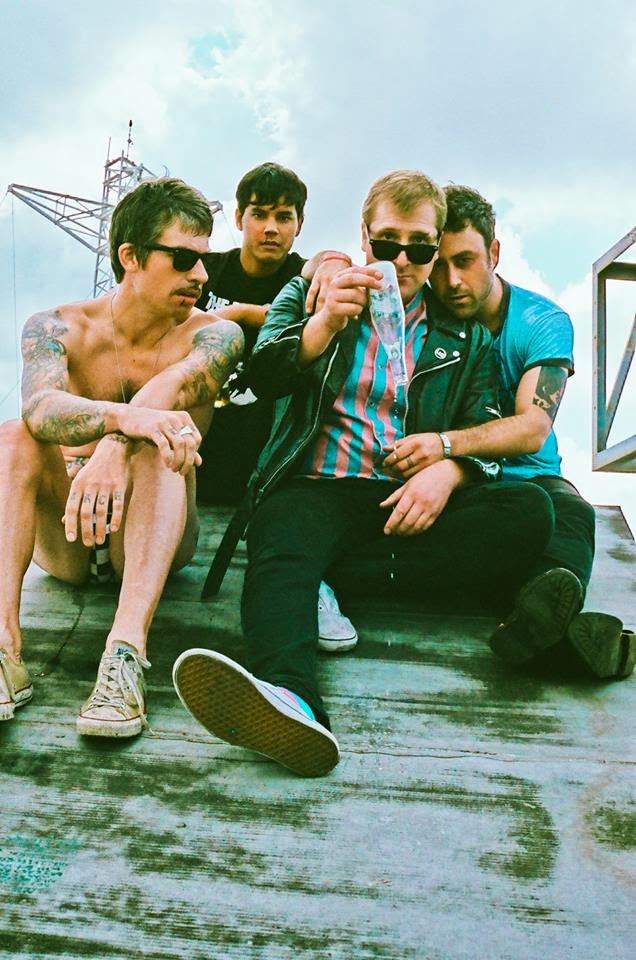 It was a year ago when I first identified Maniac as a possible contender for 2014 album of the year. I was blown away by the L.A. band's debut single and sensed that its then-forthcoming LP could be something really special. Well, after a full year's worth of high anticipation, we finally do have that debut album from Maniac. And all I have to say is WOW! Maniac completely lives up to its name on the sensational Demimonde - which crackles with frantic energy and an unrelenting sense of urgency. And as much as I enjoyed the more straight-forward '77 pop/punk stylings of that last single, I was genuinely thrilled to hear Maniac break that mold and realize such a unique and exciting sound. While by no means lacking in tuneful melodies or punchy classic punk riffs, Demimonde has an angular, hyperactive feel to it that really sets it apart from your more typical genre exercises. It makes just about everything else in my record collection sound painfully average! It's as if these guys heard that the planet was coming to an imminent end, imbibed dangerously large quantities of Red Bull, and endeavored to power out a punk record that the world just had to hear.

What I really like about Demimonde is that it brings together the myriad of musical influences existing within Maniac's stellar lineup. Lead singer/bassist Zache Davis is well-known for his work with The Girls and Cute Lepers. Rhythm guitarist Justin Maurer (ex Clorox Girls, Red Dons) and drummer James Carman (Images) are currently band mates in the supergroup L.A. Drugz. Along with amazing lead guitarist Andrew Zappin, these guys represent the perfect combination of everything that's cool about melodic punk and power pop. Davis has written some truly outstanding songs, and he sings them with conviction and desperation. Maurer and Zappin play off of each other in creative, compelling ways. And with a dynamo like Carman ably pushing the pace, this is an album bound to leave you short of breath. I feel like I need to run around the house in a full sprint and start jumping on furniture - just to keep up. My cats would be traumatized.

By the time I first absorbed the chorus to "Live Like Bats", I knew that Demimonde was going to be everything I was expecting and then some. Lately I've found myself repeating that chorus just about everywhere I go. It's just so catchy! Fast, fist-pumping tracks like "Wendy, Same Thing" and "Party City" proceed to ratchet up the energy in a major way. And once the band hits full stride on the frenetic "Dans Le Sang", it's obvious that this thrill ride isn't going to stop until it ends with a magnificent crash (the manic racer "Alright, Okay"). With echoes of everything from The Ramones to early Wire to modern-day greats like The Briefs, Demimonde hits that perfect blend of catchy '77 punk and jittery new wave. And with all due credit to Mark Rains (engineering) and Hadji Husayn (mastering), this album just sounds phenomenal. Davis, long an underrated figure in punk music, is more than ready for his close-up. And the exceptionally talented Zappin is quickly becoming one of my favorite lead guitarists. In one of the best years for music that I can ever remember, Maniac has delivered a surefire top ten album. Downloads available now, and the vinyl ships next month!