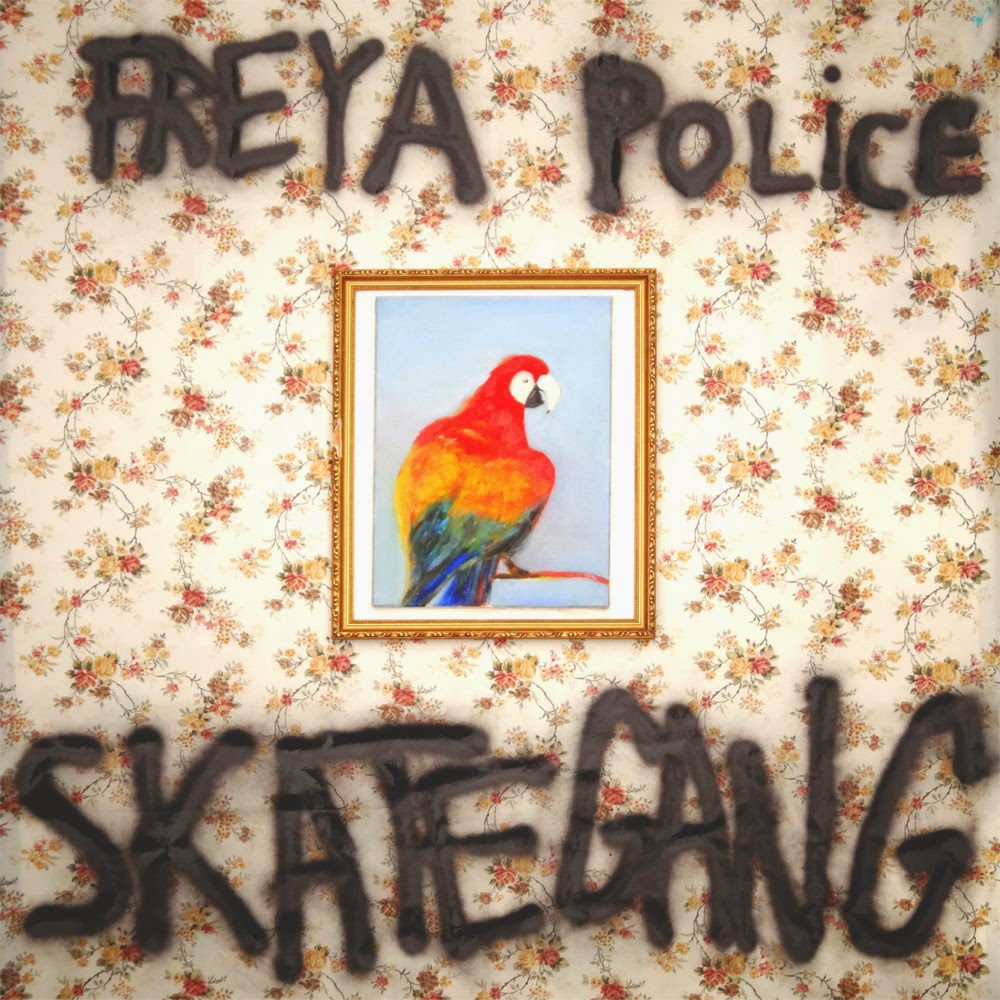 Lately France has been on a bit of a roll with excellent up-and-coming bands like Departure Kids and Tomy and the Cougars. Now the hot streak continues with Skategang. This Paris outfit features Mathis & Paul from The Dolipranes along with Maxime from Youth Avoiders. French labels Requiem Pour Un Twister and Gone With The Weed have teamed up to release Freya Police - which was originally issued last year on cassette tape. Now it's available as a 12" mini LP, and I'd say it totally merits an existence on a vinyl format! Skategang are like the French cousins to all those great powerpop/punk bands on Dirtnap Records (think Marked Men, Steve Adamyk Band, White Wires) - and they bring a ton of energy on these seven tracks along with some catchy, upbeat melodies. With every song right around two minutes long, this is a snappy, briskly-paced platter that really gets my toes tapping. The sound is youthful and fun - and punchier than usual for today's powerpop/punk. "Critical Girl" reminds me quite a bit of The Kidnappers - one of my favorite bands of recent years. And on the title track, these guys prove they know how to craft a chorus that will get you singing along. I hear a touch of Real Kids rock n' roll in "Peplum" - which can only be a good thing. All in all, I really get a kick out of this record. Skategang, more than anything else, understand that a band should have a really good time playing this kind of music. Listening to this record, I can't help envisioning a live show where people are pumping their fists and jumping around like maniacs. If you're into the Dirtnap scene or newer French powerpop bands like Protokids and Crusaders of Love, give this one a listen!