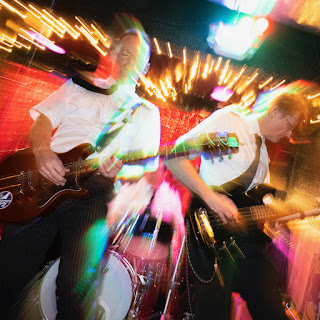 Last month I joked that the debut LP by The Airport 77s was my #1 album of the first 14 days of 2021. Well it's still holding strong as my #1 album of the first 51 days of 2021! More importantly, it has also received praise from far more reputable publications such as I Don't Hear A Single and Dagger Zine. The Airport 77s just released a music video for my favorite track from the album,  "(When You're Kissing On Me Do You Think Of) James McAvoy". The video is really fun, and I won't spoil it by saying anything further (beyond mentioning that your wives/girlfriends may be disappointed that James McAvoy is not in the video!). Those of you who are fans of this blog but not yet familiar with The Airport 77s may be intrigued to discover that the Airport 77s Radio channel generated by Spotify's artificial intelligence features the likes of Kurt Baker, the Speedways, the Reflectors, and Radio Days. Now that's some mighty fine company! So be sure to check out the video along with the Airport 77s' album Rotation if you haven't done so already!
-L.R.
https://theairport77s.bandcamp.com/releases
https://www.facebook.com/TheAirport77s
Posted by Lord Rutledge at 11:02 AM