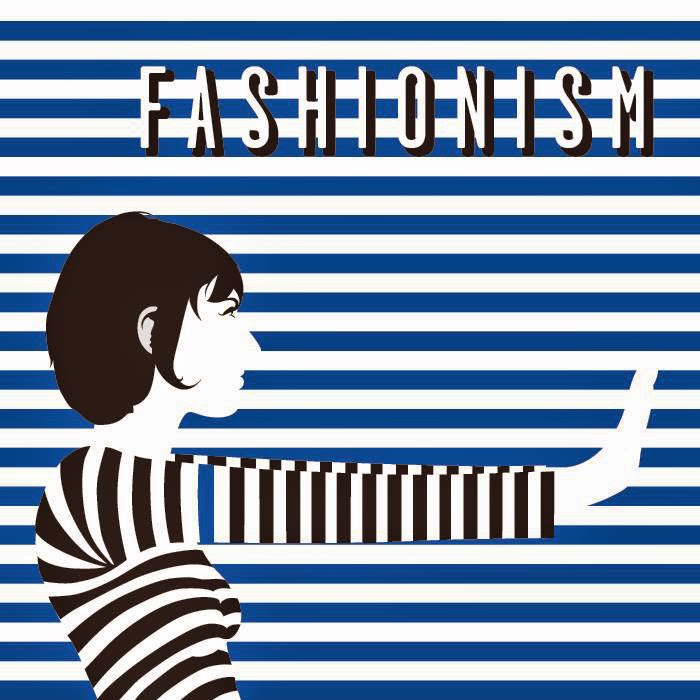 I am unable to explain precisely why Canada seems to be owning the punk/powerpop/garage world these days. I think it might be because the beer is superior up there, but I can't say for sure. What I do know is that if you're looking for a label that's totally plugged in to the hot sounds currently emanating from up north, Hosehead Records deserves your attention and some of your cash to boot. Hosehead has worked with just about every awesome Canadian band of recent memory, and now the label is turning me on to a whole new wave of incredible groups. Average Times had one of the top LPs of 2014, and Nervous Talk's full-length debut promises to be one of this year's best albums. But my favorite new band - from Canada or anywhere else on the planet - is Fashionism. The Vancouver foursome's debut EP is out now on Hosehead, and it's ridiculously good!

Fashionism is the latest band from Jeff McCloy of Tranzmitors fame. And with members of The Jolts and New Town Animals also in tow, you would be right to anticipate something really great. Fashionism largely pick up where the Tranzmitors left off - delivering high energy poppy punk in the classic late '70s style. The difference, though, is that Fashionism injects a heavy glam influence into the mix. The three-song Smash Your State (With Your Face) brings to mind The Boys, Teenage Head, and even the first Exploding Hearts demo. The title track is every bit the sing-along funtime anthem you'd expect it to be - and it's not even the best song on the record! I'd give that honor to "Where Have All The Rock 'n' Roll Girls Gone?"- a song so buoyantly catchy that it may provoke a worldwide epidemic of jubilant youths dancing in the streets. In a similar spirit is a rousing cover of "Breaking Out" off the soundtrack to the Rocky Horror follow-up Shock Treatment. It's been a while since a band's debut has knocked my socks off like this. It's going to take a couple more top-notch releases before I proclaim Fashionism the new kings of Canada. But, wow, what a great start! If you've been digging what's been cooking up north or just love the powerpop/punk thing, this is a band you've got to check out!