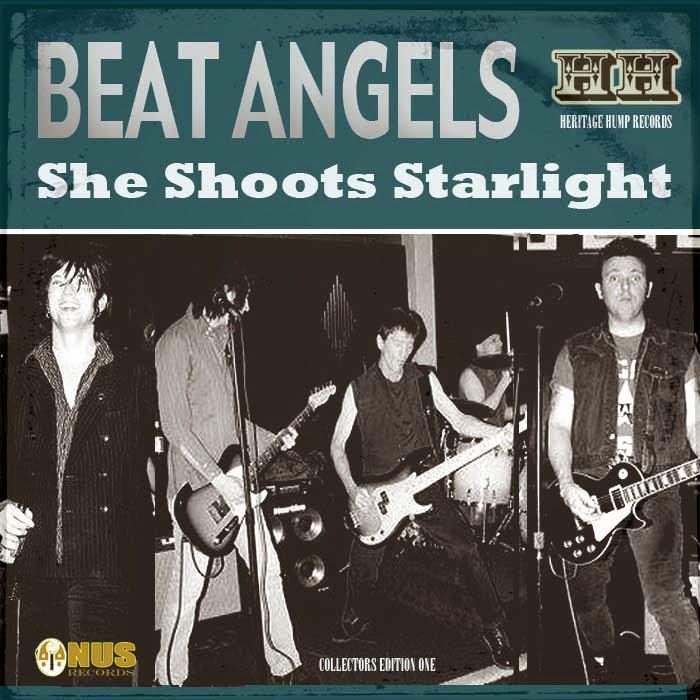 I'm gonna keep this short since you need to hurry up and get to downloading! For a limited time (meaning exactly a week), Heritage Hump Records has made "She Shoots Starlight" by the late, great Beat Angels available as a free digital single. It goes without saying that this is an absolute gem of a pop song. It's off the famously unreleased third Beat Angels album - recorded with producer Gilby Clarke back in 2001. Who knows if that album will ever get a proper release? And next Wednesday, "She Shoots Starlight" will either disappear from the face of the earth or become absurdly priced-up. So download it today and join me in wondering why Beat Angels weren't loved by millions!

Thanks for the tip - that's a pretty damn good song!