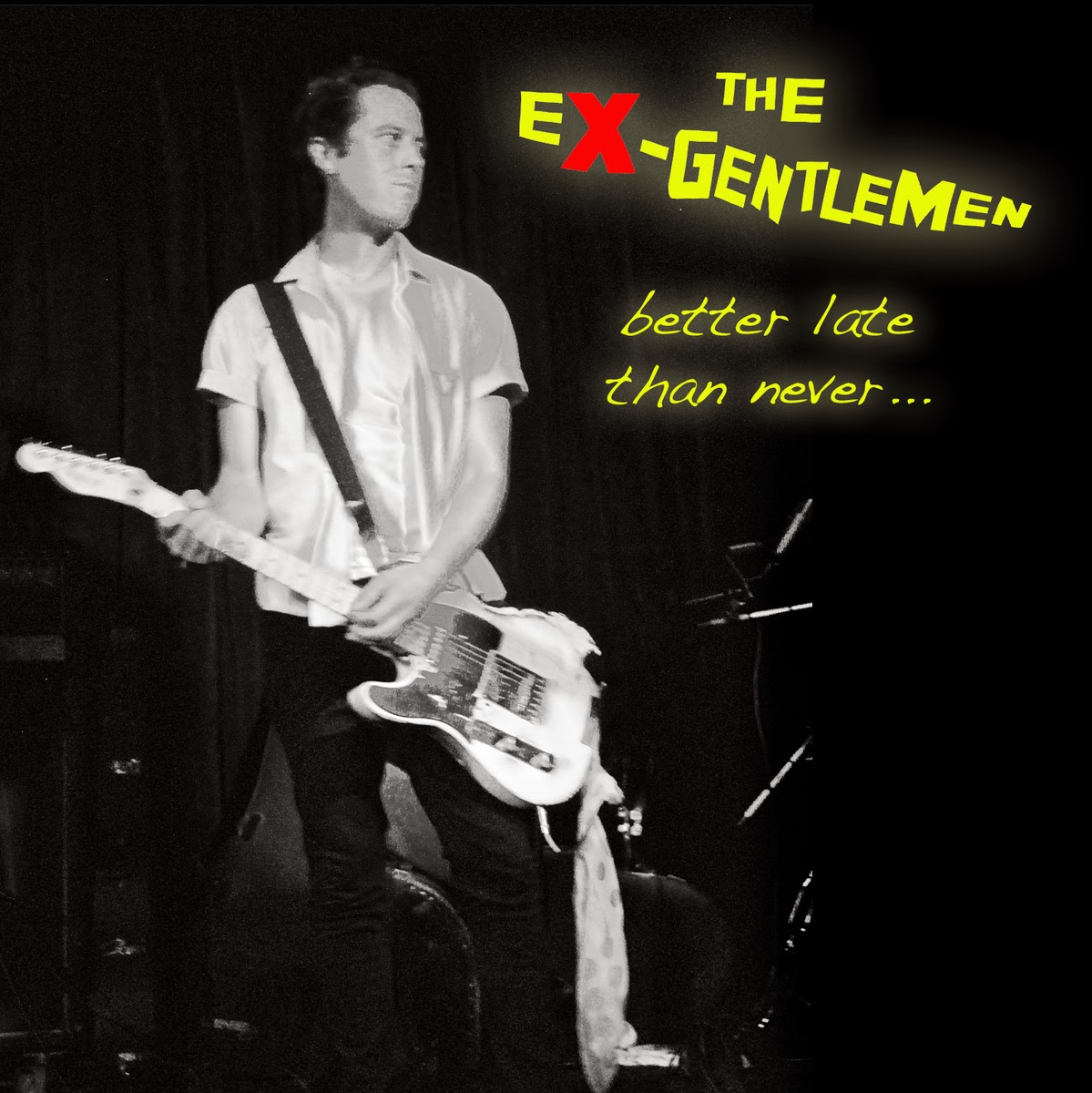 Having last reviewed The Ex-Gentlemen way back in 2011, I was delighted to discover that this L.A. outfit is still alive and kicking! The band recently issued a new EP called Better Late Than Never - its first new music in four years. And given the significant time between releases, it's no surprise that the group's sound has evolved a little. When I first reported on The Ex-Gentlemen, they were doing a  straight blend of '77 punk and old school power pop that hit me right in my sweet spot. And while I still hear some of the same influences (Cheap Trick, Generation X), this new record leans more in a pure pop direction a la U.K. standouts Role Models. On this excellent five-song effort, the band embraces massive production and melodramatic choruses reminiscent of '80s radio hits. "Bloodshot" kicks things off with some sing-along punky pop that could not be any catchier. It's a great example of how a gifted songwriter can take downer lyrics and somehow craft the feelgood song of the year! And once you get to "Make You Love" and "Brazen Bets", it's clear how far The Ex-Gentlemen have come. I just love those backing vocals and lead guitar hooks! I can't help thinking this is what those late '80s Cheap Trick radio hits should have sounded like. Closing number "All Night" seems a slight tip of the cap to Billy Idol, and that's not a bad way to go at all. I'm impressed that this record is way different than the last one - yet equally good. If commercial power pop were still actually, uh, commercial, these guys would be the hottest thing in SoCal!