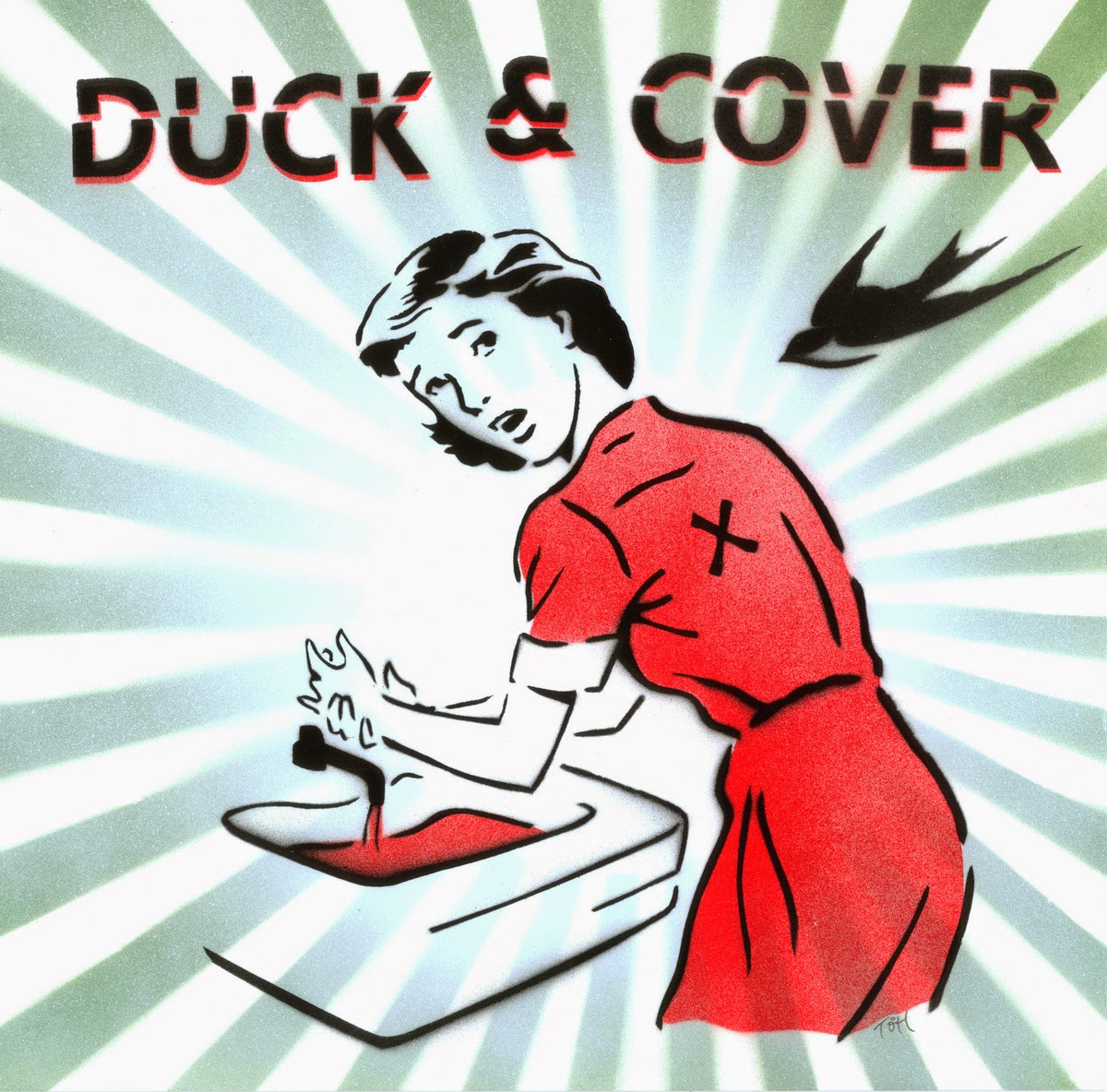 In the tradition of so many outstanding Boston-based bands, Duck & Cover know how to freaking rock! On their self-titled debut 10", these scene veterans pull off one of the hardest feats in the book - mixing straight-ahead punk rock with hard rock/metal in a way that totally honors both styles. No doubt these fellas can really play. But they entirely avoid excess or self-indulgence, instead using their talents to deliver a sonic kick to the balls. The band is Chris Brat (The Acro-brats, The Throwaways, Black Cheers) along with Damien Pianka (Coffin Lids, The Throwaways, Vampire Lezbos), Daniel Sussman (Acro-brats), and Rich Hoss (Bang Camaro). I really like Chris Brat's vocal style - it's passionate and gutsy in a way that totally fits these hard-driving songs. Storming out of the gates with the killer 1-2 punch of "Alienate" and "Nowhere Fast", Duck & Cover waste no time in establishing what they're all about. These are two crushing musical blows, but at the same time they'll have you bobbing your head like a maniac. And closing track "Knock em Down" is the kind of tune that you crank at the loudest possible volume as you rejoice in the world-altering powers of rock. But this band is far from one-dimensional. "Stand Corrected" has the soaring anthemic feel of '90s melodic hardcore, while "Gather Your Strength" is a gritty blue collar rocker with a chorus that's bound to get stuck in your head. I love that Duck & Cover kick so much ass, but I also hear a songwriting prowess that has me looking forward to future releases.

Duck & Cover just had the release show for their EP last month, so I imagine that they still have some copies of the 10" (on Coke bottle green vinyl!) left to purchase. So hit up the band on Facebook if you're interested, or you can get the digital download from Bandcamp. Boston, as always, is where it's at!