Retro Reviews: The Vice Principals – After School With... 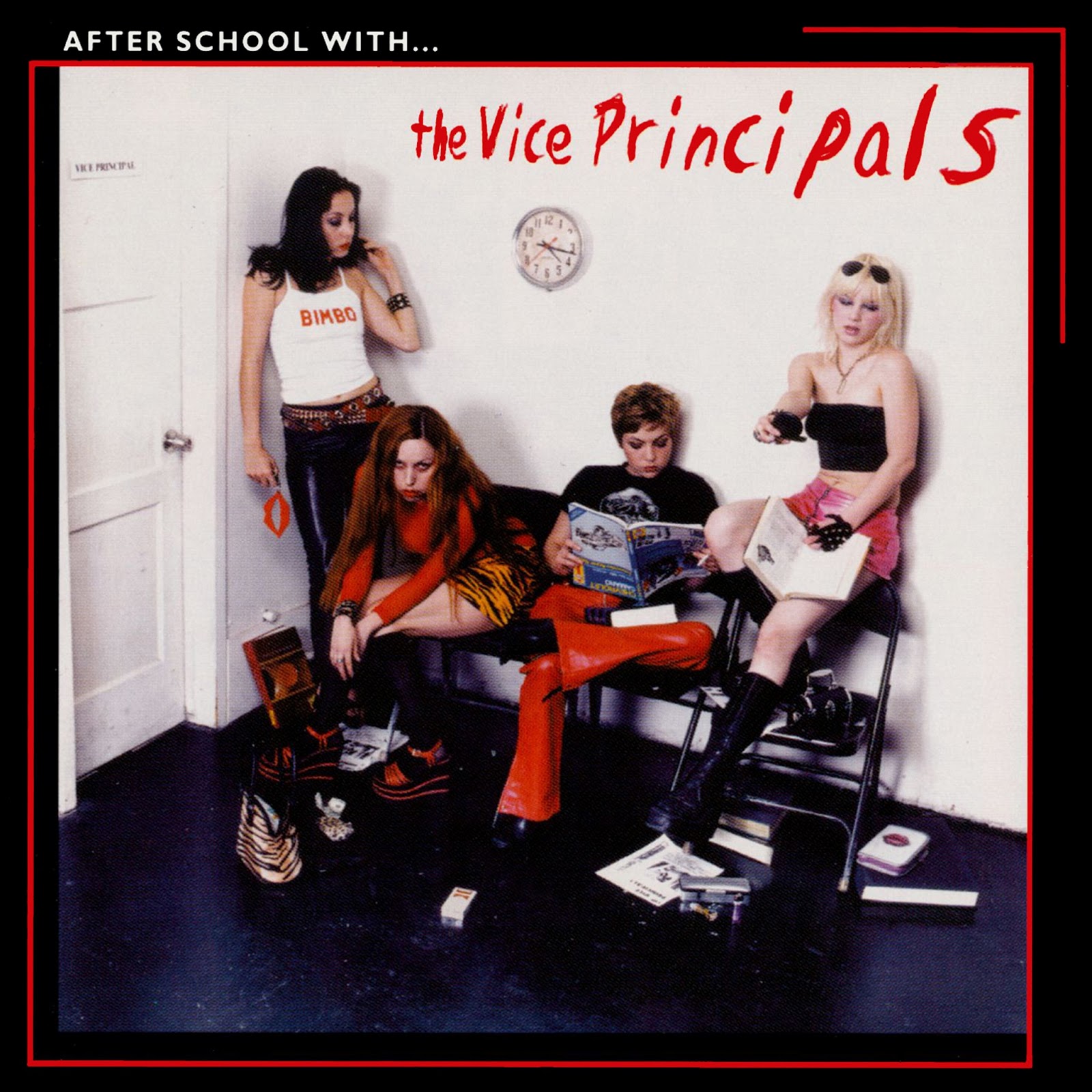 The (sorta) lost record or the prospect that never was fully realized, After School With the Vice Principals was released in August of 2000 on Sympathy For The Record Industry, only two years after the Humpers ended. The upside is the band included Scott Deluxe Drake, Billy Burks, and for the first time officially playing with Scott, his brother Jeff Drake (from The Joneses). The downside is that this is all that exists from this magical union of the brothers Drake.

If you have Scott & Billy in your band, it's gonna sound something like the Humpers. This band was no different, but it did expand upon their sound and songwriting with Jeff in the band. Jeff brought a more '60s Stones vibe to the band; specifically the band drew from Between The Buttons (check out "Miss Amanda Jones", "Complicated", & "Let's Spend The Night Together"). Take that '60s pop sound the Stones created mixed with the fury of the later Humpers, and you get a pretty good feel for what the Vice Principals created.

The record is a flamethrower, clocking in at 33 minutes with only two of the 12 songs clearing three minutes (very Ramones style). The album opens with a cover of "Jack the Ripper" by the great Screamin' Lord Sutch, and Scott Drake is spitting fire. Peppered in are back-up vocals delivered by his brother. Moving through the record, the original songs are of the quality you would expect from what would have been the Humpers record following Euphoria, Confusion, Anger And Remorse. "When Girls Collide", "Hostility", and "Satellite Dish" are a 1-2-3 punch in the gut of Long Beach punk rock & roll. "Splitsville USA" sung by Jeff Drake is a nice break in the action. That is not to say that the track is slow, weak, or a throwaway. It is merely a welcomed break in the pace of a relentless record. Be it due to timing or purpose, in addition to "Jack The Ripper", the record adds a few more choice covers to broaden the band's palette. All are delivered in the band's signature sound, devoid of the originals' sound or arrangement. "Price Of Love" (Everly Bros) and "Glad All Over" (Dave Clark Five) show the depth of the Vice Principals' record collections. And despite having a Rolling Stones influence, it was nice to not have one of their songs on the record. They also included a reworking of an older Scott Drake composition from his pre-Humpers band Suicide Kings. Originally recorded in 1990, "Switchblade" and the rest of the record were never touched as song options for this or the Humpers. But the sound wasn't that far off of what you know as the band's distinctive sound. It was nice to see this resurrected to a wider audience. It is a shame they didn't mine some of the other tracks from that release for this project.

The Vice Principals were so very short lived (two, maybe three years) and never did a country wide tour. The only other recorded output by the band was a lone 7" "Wolfman Amadeus Jackboot" b/w "Showdown" (Archie Bell & the Drells cover). That's it. But if you don't have them, get 'em both. They are killer thru & thru. Scott went on to do two solo records before forming The Lovesores. Sadly, Billy Burks and Jeff Drake have yet to resurface in additional projects.

-Rob Sheley
Posted by Lord Rutledge at 8:44 AM