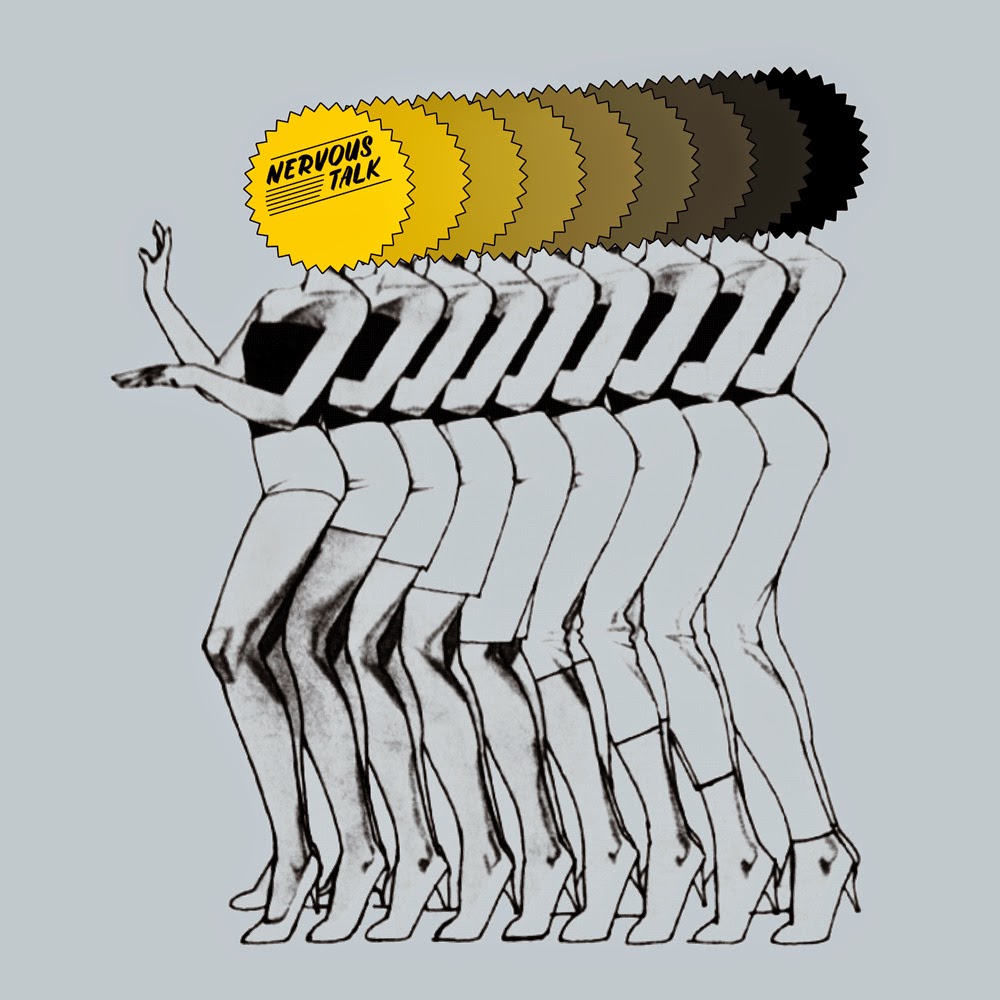 I came into this year with a short list of albums I was really looking forward to hearing in 2015. The debut LP from Vancouver's Nervous Talk was most definitely on that list. I kept hearing good things about this record - months before it was actually set to release. People I respected promised it would be the next great powerpop/punk album. And I have to say: those people were right! I still can't tell you what it is about Canada that produces so much excellent music of this kind. But I can tell you that you will go crazy for Nervous Talk if you enjoy the recordings of label mates like Average Times, Mother's Children, and the Steve Adamyk Band. Out on the always dependable Hosehead Records, Nervous Talk's self-titled debut is an absolute treat for fans of both late '70s power pop and modern-day garage punk.

Taking cues from everyone from Pointed Sticks ("Introductions") to Buzzcocks ("Already Gone") to Marked Men ("Close To Death"), Nervous Talk finds the ideal blend of punky power pop and poppy punk rock on this 10-song corker. Catchy lead guitar hooks have become the hallmark of this genre of music, and the ones on this record are the strongest I've heard in a number of years. Seriously: they're perfect! Wasting no time at all, the band grabs you with the impossibly hooky "Different Person". That chorus combined with those guitar leads make for an unstoppable combination - one that will be stuck in your head all day and perhaps into tomorrow as well. And from there, there's little or no drop-off. "Already Gone" sounds like the best song the Buzzcocks never wrote, while the new wavey "No Invitations" will have you dancing and jumping around like a pre-teen on a sugar binge. And just when you think this album is going to leave you breathless to the very end, closer "Way To Go" proves that this band can slow things down and still deliver consummate power pop.

Nervous Talk's first album is everything I need a pop/punk record to be. The tunes are killer, the guitars are punched up way high in the mix, and it's not hard to imagine how crazy fun it would be to hear this record performed live. With all due respect to the late '70s and early '80s, the greatest period ever for Canadian punk rock is going on right now. And Nervous Talk is right in the thick of it.

Wow. This album is killer.