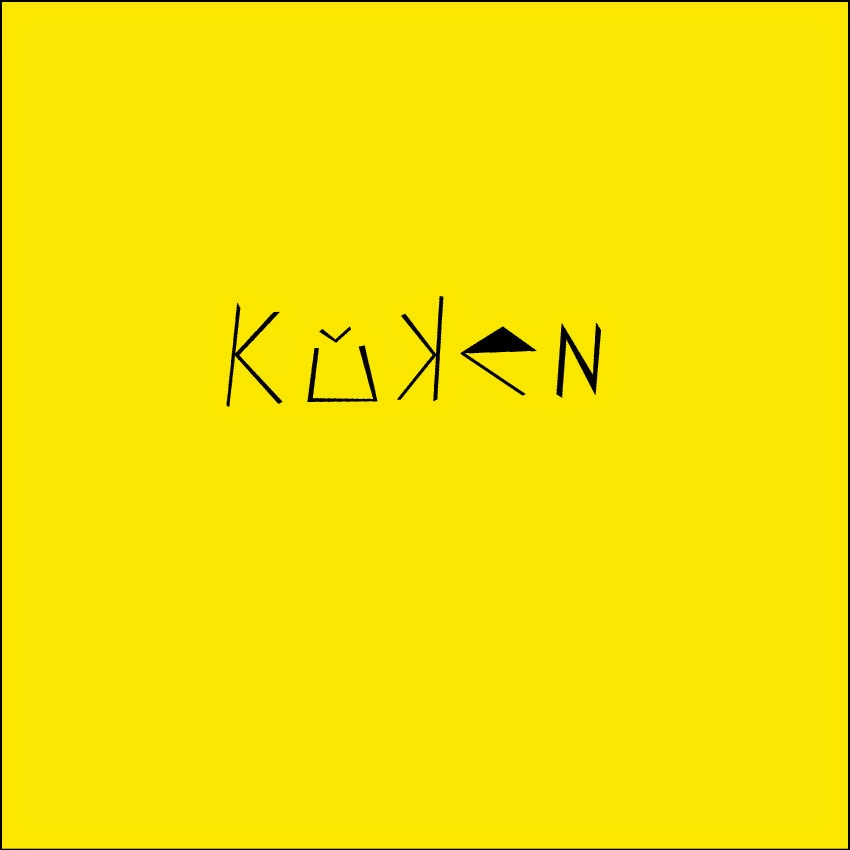 Here is the entire Bachelor Records press release on Küken's debut album:
"Punkrock from Hamburg. Loud, fast and simple = good. Take a sip of this if you dare."

Given my wish to attain greater brevity in my writing, I think that's a brilliant one-sheet. And more importantly, it totally gets it right! Küken is the new band featuring Chris and Philipp, the twins from The Kidnappers. I've been a huge fan of these guys going back to the late '90s, and I continue to be one now. Imagine The Kidnappers stripped of all their powerpop tendencies, but retaining their knack for memorable tunes and solid hooks. That's Küken. The whole band seems to be a tribute to simplicity - right down to the minimalist cover art and songs that almost never exceed two minutes. So of course the album is self-titled! I definitely sense an effort to get back to the basics of punk rock - more of a three-chord '77 type sound meets '90s garage punk. Personally, I never found any fault with The Kidnappers' musical direction. But I can't deny that Chris and Philipp sound fully energized by this return to their roots. The tougher, nastier sound really suits their talents - and they power through these 11 rippers with an energy and enthusiasm that will remind you why you fell in love with punk rock in the first place. This is an album that's very much at home on the world's premier garage punk label. The song titles alone ("5$ Trick", "House Horse Pig", "Stickmeat") make it clear that Küken is a very different band from The Kidnappers. But that's totally okay by me. Sometimes you just feel like putting the powerpop records aside and blasting the first Ramones and Saints albums until the walls shake! If you dug The Kidnappers' first LP or thought their last one could have benefited from more songs like "Nothing's Gonna Change", you're gonna love Küken!

I had very high hopes for Küken's debut album, and the boys have come through with an A+ effort! Loud, fast, and simple does equal good. Küken - alongside Needle Exchange and Modern Pets - leads a new holy trinity of German punk rock.