Return of The Decline! 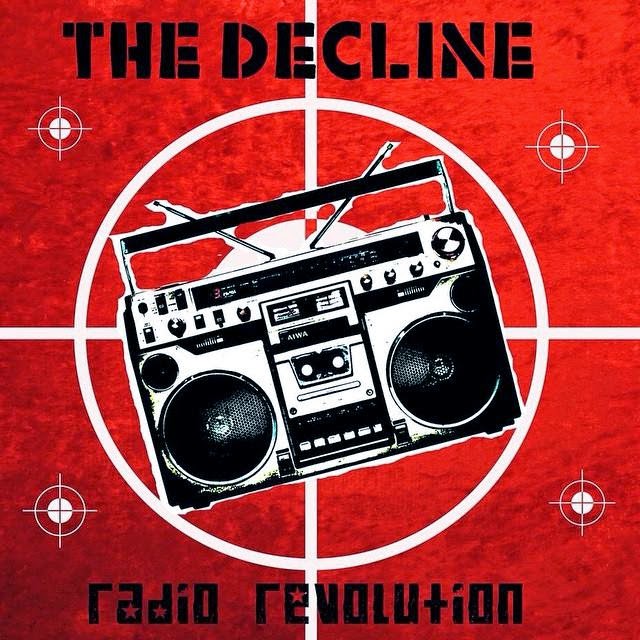 Long Beach punk greats The Decline are celebrating their 20th anniversary in style - with a brand-new single on Hostage Records! I first reviewed this band back in 1998 - when their debut EP The Loaded Gun was Hostage issue #8! I was blown away by the band's TSOL/CH 3 inspired sound and couldn't wait to hear more. Fast forward to 2015. Hostage remains THE SoCal punk rock label, and The Decline sounds as powerful and urgent as they did all those years ago. "Radio Revolution" is a tribute to all the legendary bands of punk rock's first wave - who came out of nowhere to change the world forever. With its raw energy, hot bass lines, and anthemic chorus, it suggests what The Clash might have sounded like if they'd been from southern California. You know I love the '77 sound, and this tune totally nails it. Whether you're 16 or 66, "Radio Revolution" will remind you of how exciting it was when you first discovered punk rock.

On the flip, "Loser Machine" is a harder, nastier blast of punk rock n' roll, SoCal style. Slot it between Bonecrusher and The Humpers on your next mix, and you will be unstoppable! It sometimes sounds disingenuous to claim that both sides of a single are equally good. But in this case, I can't imagine anyone arguing with me! While The Decline have not been heard from on record for a very long time, they never really went away. They just kept on representing for Long Beach punk rock. And when it came to the business of releasing new music again, there was little doubt they'd be bringing it hard! These are two incredible songs from a band and label that never miss. And a bonus download card gets you access to a 15-song collection of demos and lost tracks - a nice consolation for anyone who wishes The Decline had released more music over the years. Limited to 550 hand-numbered copies, this title ought to demand your immediate attention. Here's to many more years of The Decline!

What a great song! Lot's of bands come back out after 20 years and their shit sucks. This song is tops! Hope that show in Victorville goes down so we can play with you guys.- Eric (The Zero Class)