New single from The No Tomorrow Boys! 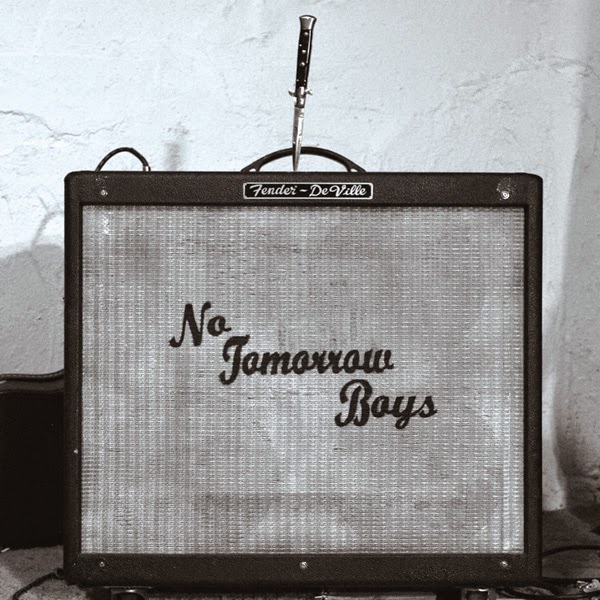 Can you believe this is my fifth time reviewing The No Tomorrow Boys?! It seems like only yesterday that I wrote about these Portland heartthrobs' first single. But actually, that was nearly three and a half years ago. And since then, NTB have proven to be one of the best bands in the punk/rock n' roll universe - turning out two more killer singles and a scorching debut album. With such a perfect track record, I was wondering what these fellas could possibly do for an encore. Well, now I know! For their fourth single, NTB have again hooked up with Germany's Hound Gawd! Records. This is the band's second release on Hound Gawd following the European issue of its LP. And while "Who Killed Johnny?" is as great as expected, it's also very surprising. The title track - a hypothetical look at the mysterious death of Johnny Thunders - trades in the band's usual punked-up '50s rock n' roll sound for something much closer to proto punk. And, boy, does it freaking rip! Imagine Iggy & The Stooges on a Back From The Grave kick, with Mr. Thunders himself joining in on guitar. I'm used to NTB really pushing the tempo, but here they hit you with a four-minute slow burn full of primal howling and epic guitar slinging. Brilliant!

On the B-side, NTB continue their tradition of amazing cover songs. This time, they take on "Get Out Of Denver" - from Bob Seger's 1974 album Seven. The original is pretty formidable in its own right, but this version takes it to another level. It's fast, furious, and crackling with energy - a rendition Chuck Berry might have done if his band mates had gobbled amphetamines and set the recording studio on fire. This, my friends, is rock n' roll!

Hound Gawd! Records has been wowing me with its excellent taste in punk rock n' roll and uncanny knack for securing top-shelf material from all of its bands. This release is no different - by far the best single yet from The No Tomorrow Boys. Don't miss it!