Sugar Stems are back! 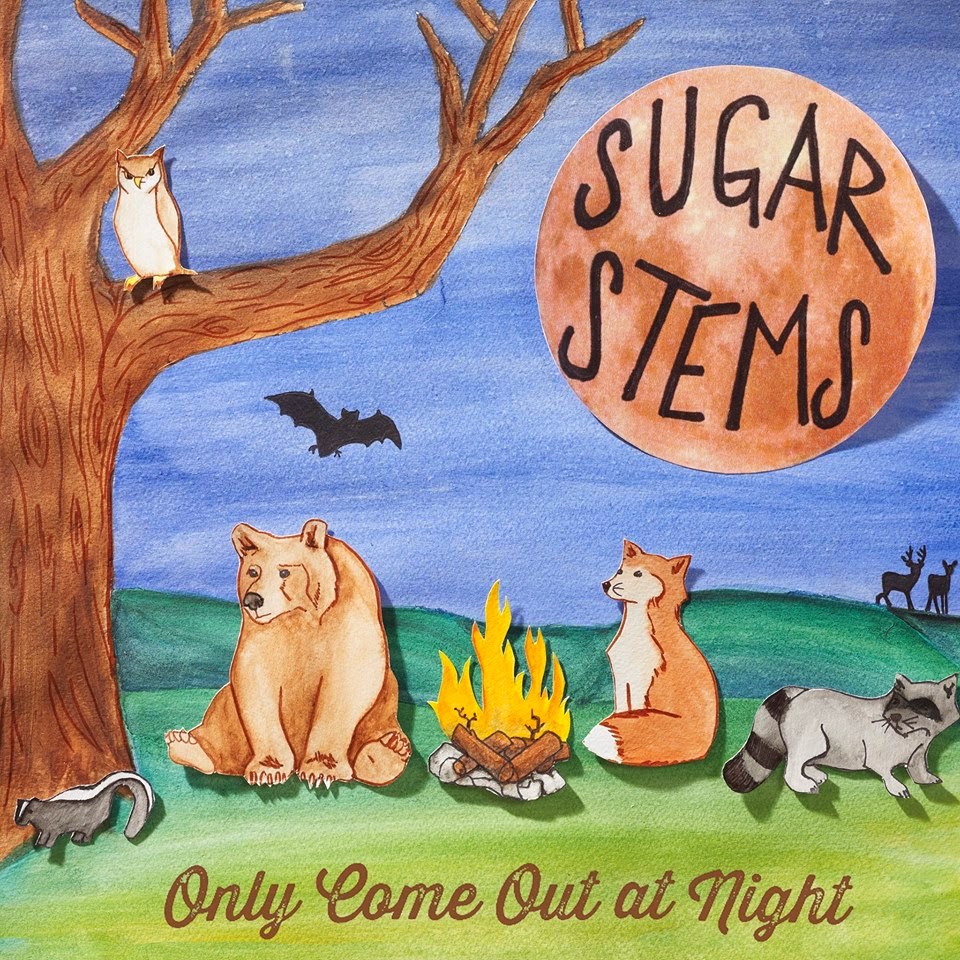 Every time I sit down to write up an "official" list of my favorite bands, Sugar Stems are always somewhere near the top. The last time I composed such a list, I had them at #2. So it comes as no surprise that I would be raving about the Milwaukee outfit's new album - out today on Dirtnap Records. But while I usually laud bands for adhering like glue to tried-and-true formula, Sugar Stems have won me over by doing exactly the opposite. The band's debut LP was textbook bubblegum power pop - and a true classic of its form. I would not have complained about another album or two in a similar vein. But this band has never been content to repeat itself, and it was 2012's Can't Wait that started to give us an idea of who Sugar Stems truly were. Now the band has fully come into its own on the stunning Only Come Out At Night. No longer defined by influences or genre, this is a band we all love because of its unique talents and remarkable flair for perfect melodies. Sugar Stems, at this point, sound like Sugar Stems. Betsy is one of the best songwriters out there - and a superb and distinctive singer on top of that!

Only Come Out At Night is the full realization of everything that was promised on Can't Wait. It feels like such bad form to use the term "masterpiece" to describe an album that was just released 20 minutes ago. But, you know, it actually is a masterpiece! Not only has Betsy written the best songs of her life, but she's written so many of them that one might mistake this album for a greatest hits collection! And from a production standpoint, this is the best-sounding record I've heard in quite some time. While the band name still conjures thoughts of lighthearted cutesy fun, for the most part this is a far more serious and mature record than you're probably expecting. And I mean that in an entirely good way. This is an album that proves that power pop can "grow up" without losing the things that made it great in the first place. The hooks are bigger, the melodies are more beautiful, and just about every song ought to be a hit (seriously, why isn't "The One" all over the radio?!). Betsy sings about real life issues we can all relate to - her fears, her frustrations, her hopes and dreams. And her voice, while still sweet as punch, resonates with a confidence and power that could not have been foreseen a few years ago. And the band as a whole has never sounded better - propelled by Jon's dynamic drumming and strengthened by the addition of Andy Harris (ex Goodnight Loving) on keyboards.

Opening with the pretty, refined pop tracks "Baby Teeth" and "I Know Where I'm Going", Only Come Out At Night wastes little time in showcasing the maturity of Betsy's songcraft. But just when you think you've figured out exactly what kind of record this is going to be, it proceeds to surprise you with wonderful, unexpected turns. This album, it turns out, has a little bit of everything - from the '60s girl group splendor of "Some Might Say" to the rootsy rock n' roll of "Haunted" (featuring Drew on lead vocals) to the racing adrenaline of "Run Run Rabbit" to the crunching pop-rock of "Radio Heartthrob" to the lush acoustic radiance of "Million Miles". It's the kind of album that satisfies immediately - yet becomes even more enjoyable after repeated listens. And while it has the hooks and melodies to win over power pop diehards in a heartbeat, it's not strictly a genre record. I would wholeheartedly recommend it to anyone who loves melody or great music in general. The band has made a free stream of Only Come Out At Night available, and I think that's a brilliant idea. People are going to hear this album and want to own it - along with gift copies for various friends and family. I think I've got my album of the year front-runner!

This band is really great. I wish there was more music from them. I wish I ad their contact info so I could tell them how much I like listening to their records.