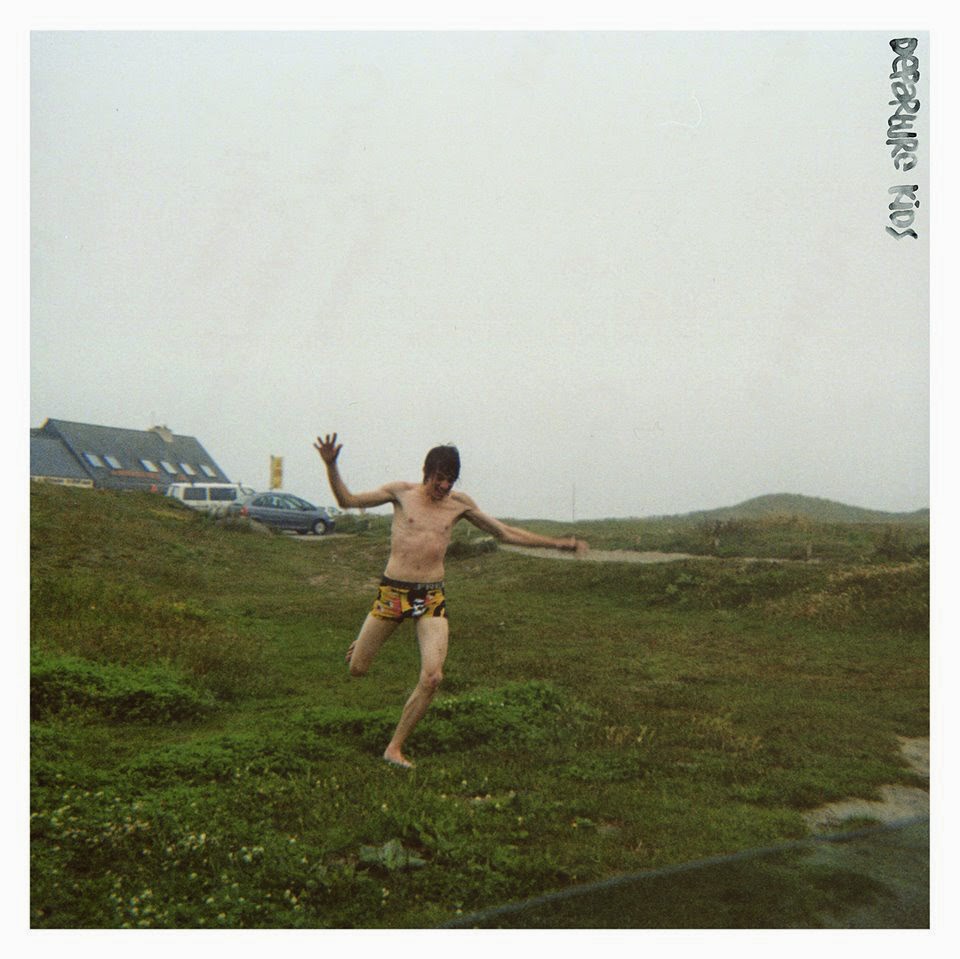 I referenced The Departure Kids last month while I was reviewing Tomy And The Cougars. It seems these two bands are at the heart of a burgeoning power pop scene in Marseille, France. Like Tomy & The Cougars, The Departure Kids have seemingly been weaned on Nerves and Paul Collins Beat records. Nothing wrong with that! These French teens imbue their particular sound with '60s beat and mod influences along with touches of punk and garage. On The Go, a split release from French labels Howlin' Banana and Requiem Pour Un Twister, is the band's debut album. And it's a good one! Particularly in its first half, this LP shows impressive songwriting chops for such a young band - with tracks like "Wanking Too Hard" and "Left On Earth" turning out instantly memorable choruses and melodies you can whistle all day. And like all the best power pop bands do, these guys manage to make music that's great fun yet still tinged with melancholy and heartbreak. All in all, I love the band's mix of '70s power pop, Beatle-esque melodies, punchy Who/Jam musicianship, and rough-edged garage delivery. And the album delivers a nice variety of high energy rockers ("Suit It Up"), gentle ballads ("Pas Besoin De Toi"), and classic mid-tempo power pop numbers ("Right Now {Tell Me About It}"). With one foot in mod/powerpop and another in garage rock, On The Go sounds like the kind of record that might have come out in the glory days of Screaming Apple Records. This is a delightful and highly promising debut from a band that will only get better. If you enjoy making power pop mixes for your friends, "Wanking Too Hard" merits a prime place in your next volume. Check these kids out!