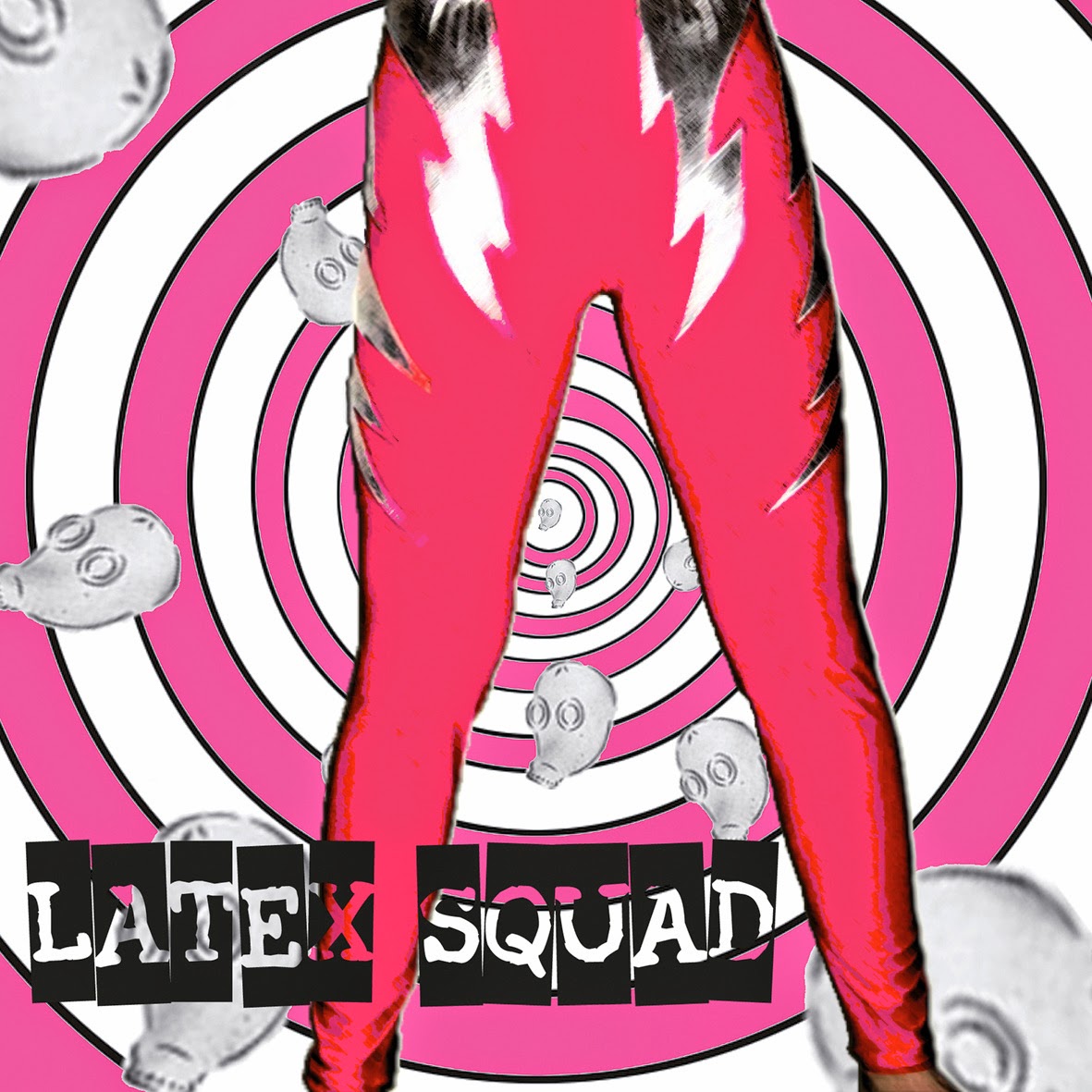 Whoa! I've got a good one for you today! Latex Squad's bio says they are "a German '77 punk band that formed in a cold and stinky band practice room in March 2014." And that's it. The bio, like the band's music, is stripped down to the barest essentials. You might wonder how a band could have just formed in March and already had a record out by June - but Latex Squad has totally pulled it off! And although this is Germany 2014, it sounds quite a bit like England 1977...mixed with early Rip Off Records. Co-released by the great German labels Wanda and P.Trash Records, Latex Squad's debut EP is an absolute smoker! None of the four tracks come close to hitting two minutes, and the material (especially "Pest Is Black" and "Powerwalk") is top-notch for such a new band. This is how I like it - fast, raw, and catchy punk rock that makes me want to sing along and pogo like a fool in my bedroom! This is a band that understands that having really simple material and bargain basement production doesn't mean you have to sound like crap. When I think of the great bands of Germany, The Kidnappers and Modern Pets come to mind. Latex Squad fit it quite well with those two bands, and I hope we will be hearing much more from this trio in the near future. In the meantime, enjoy this crackling debut!

damn, josh, i was going to put this in my blog. a case of you snooze, you lose on my part lol. it's good stuff