Return of The Putz! 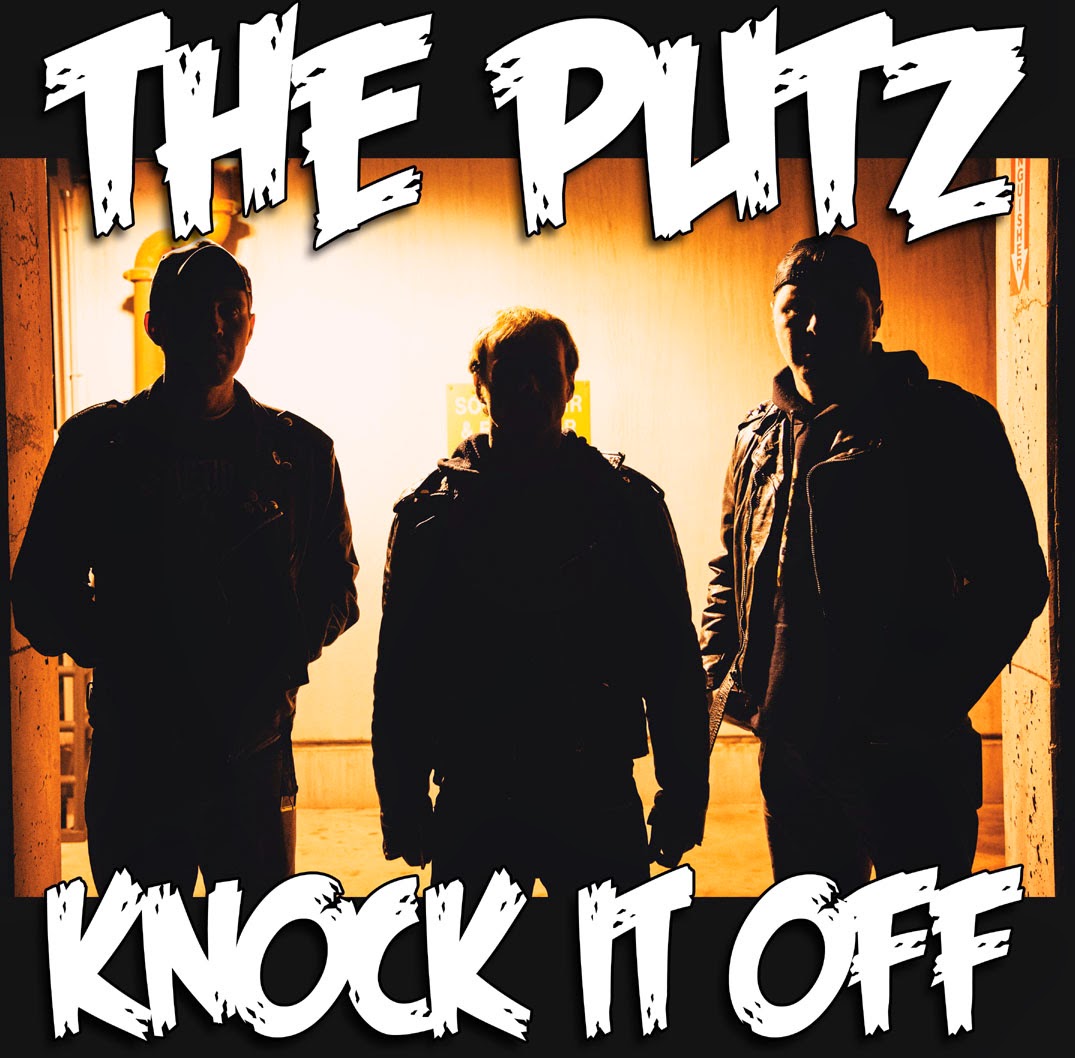 If The Putz seems like the perfect name for a pop-punk band, then it makes total sense that this Indianapolis trio has made one of the best pop-punk albums of recent years! Out on Eccentric Pop Records, Knock It Off throws it back two decades to the heyday of leather jacket punk. Building on a foundation of thumping power chords, two-part harmonies, punchy bass lines, and eternal Ramones worship, The Putz prove that pop-punk will never need to be reinvented as long as it's flawlessly executed. Billy, Tyler, and Dougie are one hell of a tight combo, and they bash out those three chords with thundering power and crisp precision. By all means this is a band following in the footsteps of The Queers and Screeching Weasel - a legacy these guys fully embrace without coming off like uninspired copycats.
Knock It Off is great fun for a couple of reasons. First of all, the energy and enthusiasm of The Putz's buzzsaw attack could win over all but the most fervent haters of pop-punk. And perhaps even more importantly, the material is so genuinely good that refraining from singing along becomes a near impossible task. If you can resist the urge to join the chorus to "That's Okay" or "Lunatic", I might have to ask you to turn in your Chuck Taylors. With songs topics such as fast food, procrastination, crazy girls, and malfunctioning brains, The Putz have clearly endeavored to make a textbook pop-punk record. Yet I don't get the sense that I've heard this album 500 times before. The Putz add their own style to the mix - and there's something distinctly Midwestern about these guys' humor and unpretentious attitude. Even when the influences are obvious ("Two Strikes"), I don't feel like I'd be better off just listening to my well-worn cassette copy of My Brain Hurts.

Sometimes a good record is just a good record, and sometimes a good record makes you want to go out and see a band live. I'd definitely put Knock It Off in the latter category. I can just tell that The Putz are the kind of live band that will put a huge smile on your face. They will be touring extensively across the U.S.A. this month in support of this new album - and you will not want to miss them if pop-punk is your thing. If your record shelf is full of titles by bands like the Riverdales, Teen Idols, and Lillingtons, Knock It Off belongs right there with 'em. Vinyl is limited to 250 copies, so hop to it!

Email ThisBlogThis!Share to TwitterShare to FacebookShare to Pinterest
Labels: Indiana, Pop-Punk, The Putz