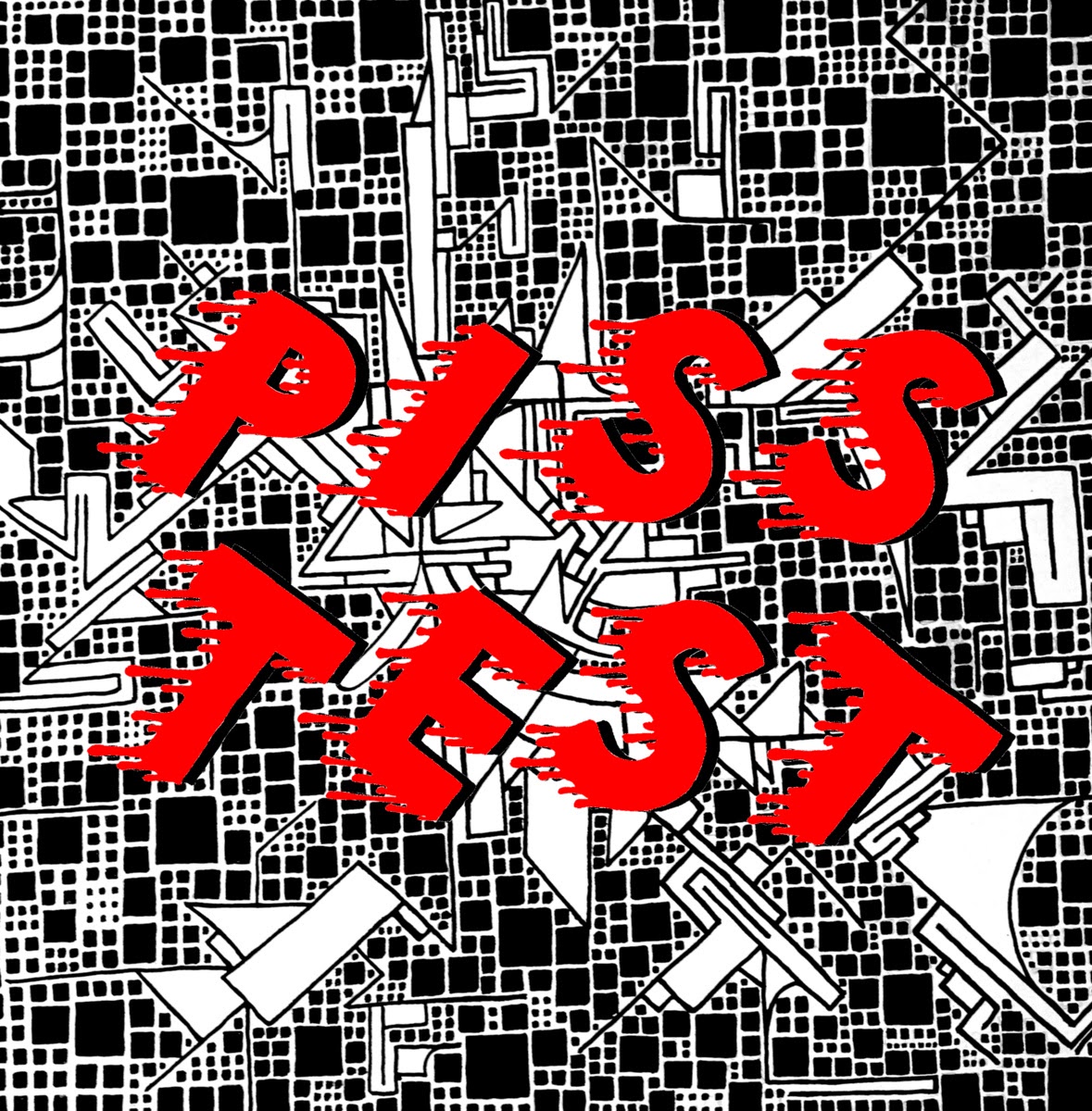 Piss Test's phenomenal debut EP was no fluke! A year and a half after exploding on the scene with one of 2013's most essential 7" releases, the Portland punk trio has come through with a debut album so epic that they had to give it two titles - LP1 out on Jonnycat Records and Biggest Band In Europe out on Germany's Taken By Surprise Records. No word yet on a North Korean title.

To recap: Piss Test is Zachary (Red Dons, Scott Baio Army, Soda Pop Kids), Samantha (Dottie Attie), and Rodrigo (Red Shadows). Zachary is described as "Portland's angriest man", and he more than lives up to that billing on this 13-song smasher of an album. In its willingness to opine on numerous matters of the day without any regard for political correctness or common decency, Piss Test recalls classic punk bands such as Fear and the Angry Samoans. But if you've previously written Piss Test off as a "joke band", LP1 will swiftly correct that misconception. Sure, there's still much hilarity to be heard in songs like "Nico Goes To Goth Night" and "Don't Let Nazis Do Your Taxes" (excellent advice, actually!). But with this release, Piss Test show that they're not always joking. The band has some very serious things to say about topics such as urban gentrification, poverty, the travails of aging punks, and the extreme sacrifices you have to make if you desire a life in music - and on vocals Zachary puts forth those ideas with ferocity and conviction. He sounds genuinely worked-up, and at times even maniacal! Musically, the band continues to combine the best elements of Killed By Death comps and early '80s punk/hardcore with hints of late '90s garage trash. And with ripping sing-along anthems like "Macy's", "Everybody", and "Rob Starts A Class War", Piss Test will delight oldsters like me and younger punks alike. There was a time in punk music when being angry didn't necessarily equate to being humorless- and Piss Test are true throwbacks to those days. They sound like they could have stepped out of a portal from 1981 - yet the subject matter they tackle is completely relevant to what's happening now. As long as there's still so much in this world to rail against and/or make fun of, we will always need groups like Piss Test.

The last time I wrote about Piss Test, I referred to them as the "best new band of the year". And since then, they've stepped up their songwriting and delivered a truly great debut album. The interplay between guitar and bass sounds amazing, and Zachary is quickly becoming one of the best punk singers out there. And hats off to Maus Merky (recording) and Hajji Husayn (mastering) for their outstanding work in the studio! If you, like me, wish there were more bands these days playing straight-up snotty punk rock, I hereby command you to acquire a copy of LP1!