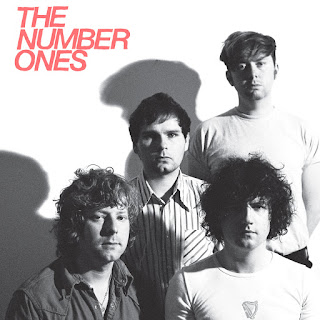 What a tremendous pleasure it is to have new music from The Number Ones! The Dublin foursome was the toast of the power pop world from 2012-14, releasing two perfect singles and a brilliant debut album. It has been a long three year wait for new recordings from The Number Ones, but now we happily receive a new EP called Another Side of The Number Ones. I had to wonder what the 2018 version of the band would sound like. The group nailed that Good Vibrations Records scruffy powerpop/punk sound so splendidly on its original run that there was no point in settling for more of the same. Fortunately, musical progression for The Number Ones did not involve turning away from timeless power pop. The band's command of radio-worthy choruses and memorable melodies has never been sharper. Lead track "Lie To Me" has been live on Bandcamp for a few weeks. As soon as I heard it, I knew that The Number Ones were as devoted as ever to crafting the kinds of songs that you wish they still played on the radio. "Lie To Me" reminds me quite a bit of the mighty Exploding Hearts as well as modern-day pop greats like The Cry. In a just world, it would be a massive hit. On "Long Way To Go" and "You're So Happy I Could Cry", you can hear the band turning to the classic sounds of the '60s for inspiration, yet still finding a way to make it all sound fresh. To close the EP, "Breaking Loose" is a textbook slice of power pop: strong on hooks, with the punch to match.

Another Side of The Number Ones is available from Static Shock Records in the U.K. and Sorry State Records in the U.S.A. It's a very fine addition to an already stunning discography. I appreciate that The Number Ones have managed to mature as an outfit without having to fundamentally change what they're about. And what are they all about? Great pop songs! Let's hope that they will keep writing them for many years to come!