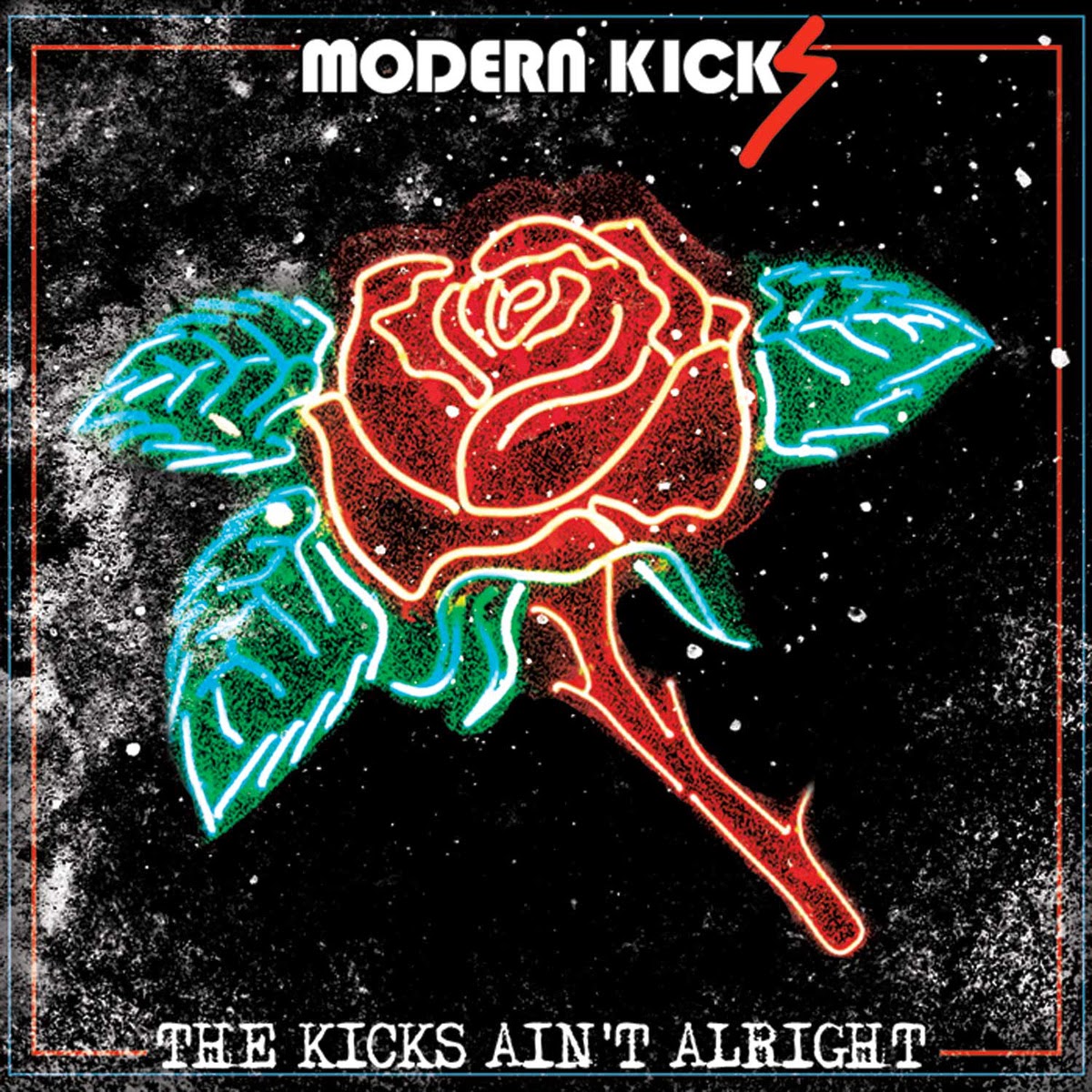 Like their East Coast counterparts Biters and Wlydlife, Modern Kicks seem to inhabit a parallel universe where the rock n' roll radio hit never died. If triumphant guitar solos and massive melodic choruses went out of fashion a quarter of a century ago, nobody bothered to inform these San Fran heartthrobs. And thank God for that! On their new EP, The Kicks Ain't Alright, Änt and the gang recall a time when youth anthems were loud, fun, and catchy as hell. While there are expected nods to Cheap Trick ("We're Alright"), Thin Lizzy ("Don't Let Me Down"), and junkshop glam ("Hole In My Head"), what really sets Modern Kicks apart from the crowd is that they're not afraid to take it way over the top and just freakin' rock! "Up All Night" is the lead track and clear hit. If its chorus were any catchier, it would be illegal in at least seven states. But "Teenage Overdose" shows another side to this band - infusing a thundering KISS/Crue style attack with power pop hooks and slick-as-hell production. And when these boys go full-on glam metal on "Aim High (For Suicide)", they totally pull it off. It's cool to hear a band doing this type of music with the actual intention of writing good songs.

While stylistically similar to the band's 2013 LP Rock 'n' Roll's Anti Hero, this new EP finds Modern Kicks sounding bigger and better than ever. The judicious use of keyboards is a brilliant stroke, and the production has been taken to another level entirely. I just have love a band that aspires to craft the next generation of rock anthems. These guys - along with The Cry!, Biters, Giuda, etc. - are ushering in another great era for rock n' roll. Don't sleep on it.