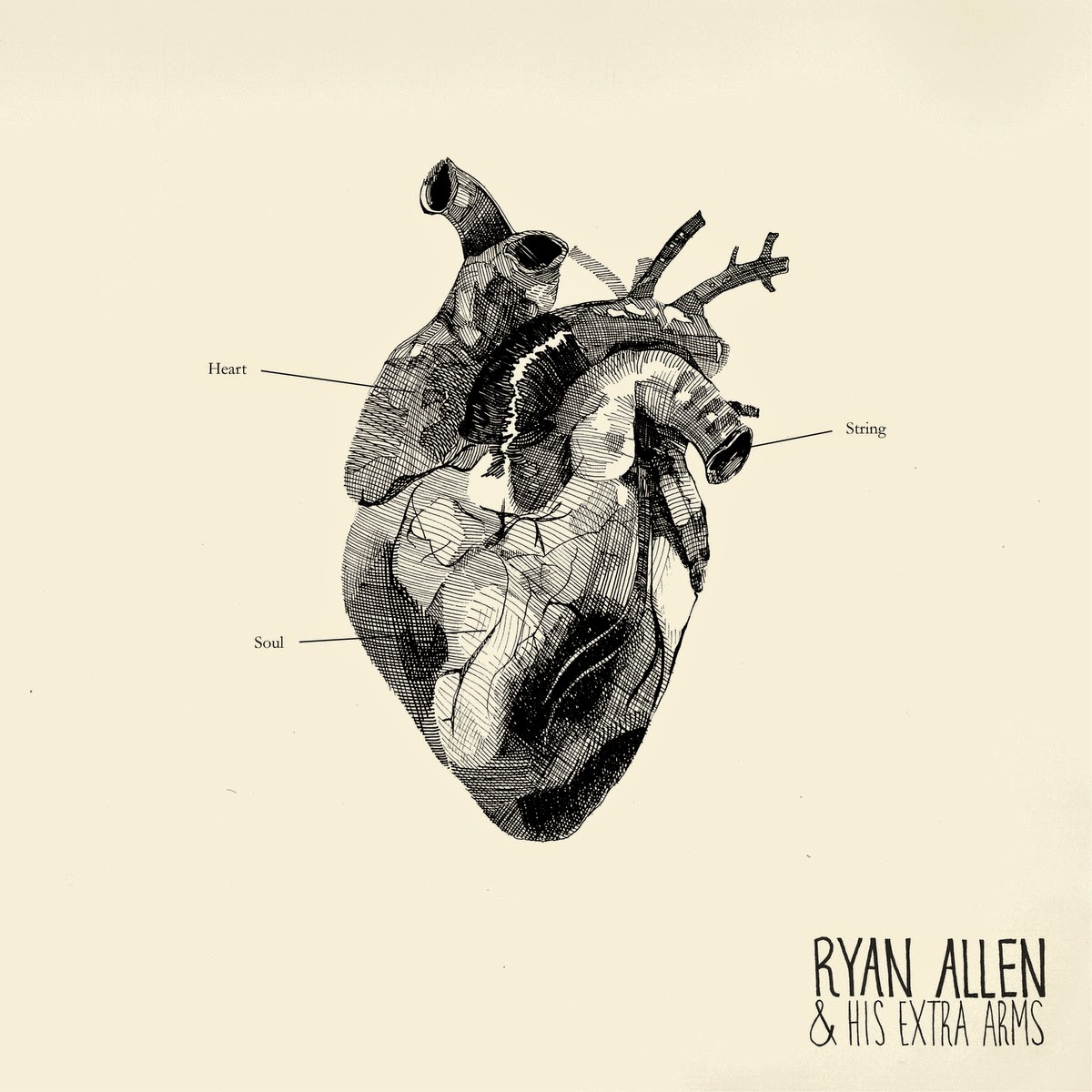 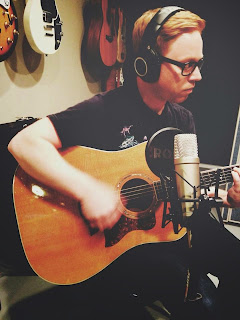 If my posts are infrequent over the next week or so, you can blame Ryan Allen for that. I love his new album so much that I can't bring myself to listen to anything else right now. If you need me this morning, I'll be at my desk with "Angela '97" on repeat - bobbing my head like a maniac and enjoying the hell out of life.

Ryan Allen (Thunderbirds Are Now!, Friendly Foes, Destroy This Place) has been playing in bands since the dawn of the Millennium. Why make a solo record when you've already busy with an active band? Because you've got a story to tell! Heart String Soul, recorded under the name Ryan Allen and His Extra Arms, is a classic case of a songwriter making a record entirely for himself. And precisely because of that, it's a true joy to listen to. Essentially it's an autobiographical record - the story of "a 35-year-old guy with a kid, a wife, a mortgage, and a full time job, but also with a passion to keep doing music and keep being creative". All of that aside, this might be the best collection of pop songs I'll hear all year. It seems inadequate to call Heart String Soul a great power pop record. It's more like a great record that just happens to be in the style of power pop. Genre geeks like myself will love it, but I could envision a few of these songs as massive mainstream hits if radio programmers would suddenly get a clue.

Allen recorded Heart String Soul in his dad's home studio in Michigan. He played most of the instruments himself - with additional contributions from his dad, brother, and pals such as Sean Sommer. It seems like the stuff of a Hollywood script: a veteran musician making the album of his life in his childhood home - with a huge assist from friends and family. But while that may sound like a good movie, it's an ever better album! Removed from the edgier indie rock stylings of Destroy This Place, solo Ryan Allen favors the guitar pop classicism of Big Star & Badfinger by way of '90s alt rock/power pop (Matthew Sweet, Fountains Of Wayne, Teenage Fanclub). And while so much of what makes this album special is surely to be discovered once you explore the lyrics in detail, Allen never loses sight of what great pop songs are really about. His melodies are sweet and instantly memorable. He crafts harmonies to die for. And like all the best songwriters, he has this way of saving the best part of a song for a knockout hook. By the time he declares, "The song on the radio/Well, it should be me", it's pretty much impossible to disagree! I love that his most amazing lyrics are supported by equally stunning melodies. "Born Radical", a loving tribute to Allen's parents, is the kind of uplifting pop song that makes you happy to be alive. "Angela '97", boasting the best one-word chorus since Material Issue's "Diane", is a true-life love story and hands down my favorite song of the year. It shames me to live in a world where a song this good isn't all over the radio.

When an artist pours his heart and soul into a record, I always want to like it. But with Heart String Soul, there was no effort required. I loved it from the very first listen, and it only gets better with repeated spins. While I'm no artist, I fully relate to Ryan Allen's experiences and point of view ("Not Hanging Out" could very well become my new personal anthem). Allen is an engaging storyteller, a wonderful singer, and a terrifically talented songwriter. He's created a true album - not just a bunch of songs. Whether or not you're a power pop freak like me, Heart String Soul is a release you can point to for proof that genuinely great music is still being made in 2015.