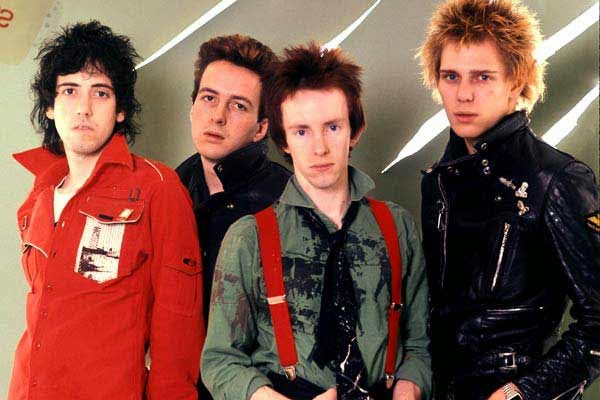 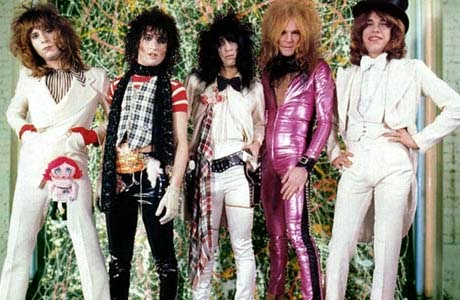 As I annually do on the occasion of my birthday, I am posting my updated list of my top ten all-time favorite bands. Looking at last year's list compared to this one, there's been only minimal movement. The New York Dolls bump out The Replacements, and a few bands have shifted positions slightly. But essentially, it's the same list. I guess you could say that my musical tastes are stagnating, but I prefer to view this as an "If it ain't broke, don't fix it" type situation. As I've gotten older, I've continued to broaden my horizons and explore all kinds of great music. It's not like I'm still 25 and only listening to punk rock. I like Sinatra. I dig Mozart. I'm obsessed with early '70s orchestral soul. But nothing will ever beat the rush of "White Riot" blasting at max volume.

I try to base this list partially on which bands I listen to the most, but largely it comes down to a gut feeling. If I were abducted by aliens and told I could only listen to ten bands during my entire period of captivity, these are the ten I'd choose. If I could go back in time and witness ten bands in their prime, it would be these ten. My top three has been rock solid for a great number of years - although The Dictators continue to make a strong push for a medal position. I could throw in The Who, Buzzcocks, Boys, Stones, and Replacements and make it a full top fifteen, but it seems more fun to officially limit it to ten. So without any further elaboration, here's the list!

If you've observed that my musical tastes are stuck in the '70s, I'll take that as a compliment! In all seriousness, I've done rough drafts of this list where I've gone to 40 bands and included more "contemporary" groups like the Dimestore Haloes (#23), BobbyTeens (#25), Dead End Cruisers (#27), and The Figgs (#31). If I'm still alive and blogging in six years, maybe I'll do a "50 for 50 list" to commemorate my next milestone birthday. What are the chances of The Clash losing the #1 spot by then? Slim to none.