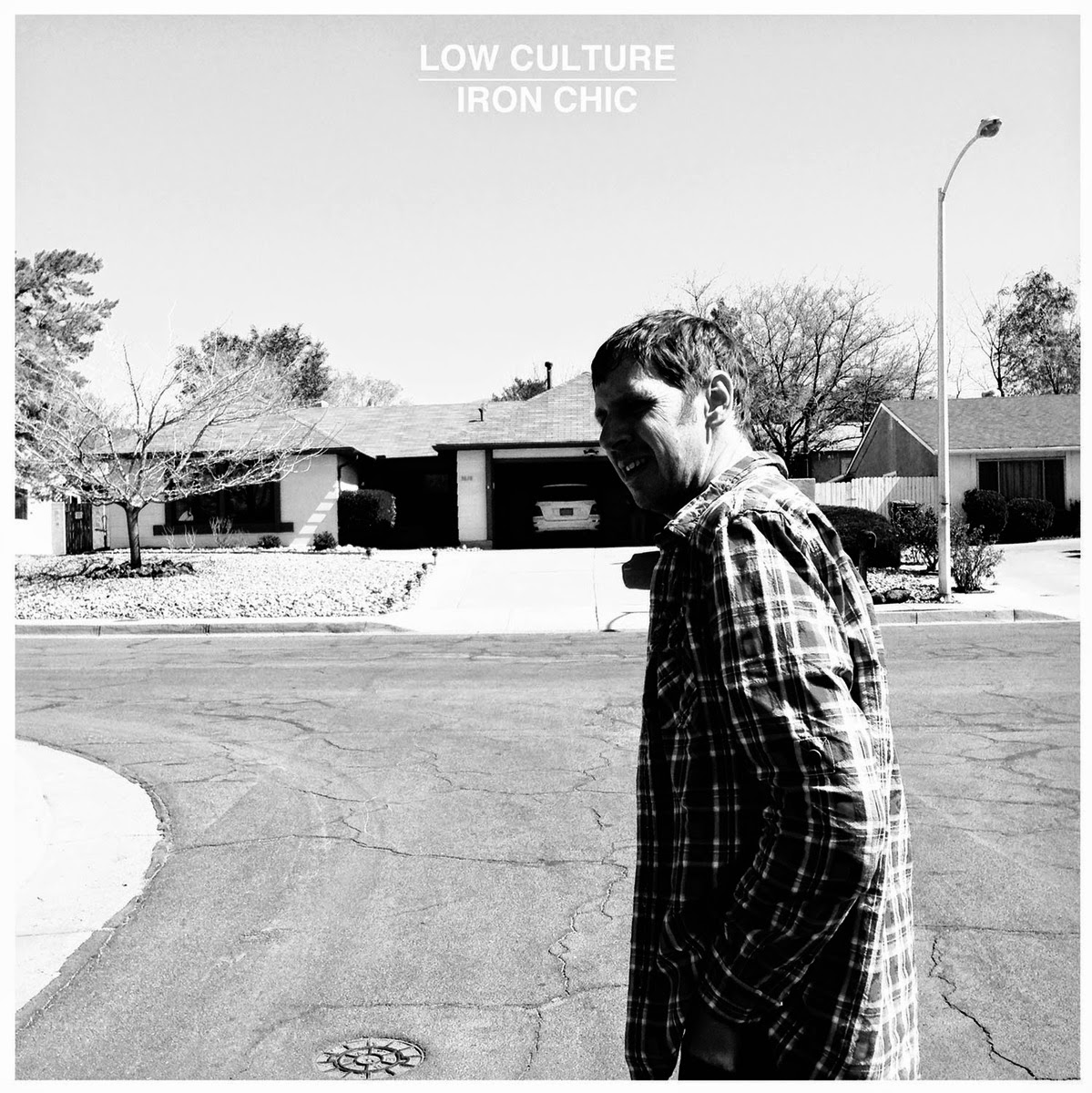 I've always had a love/hate relationship with splits. I love them when both bands are equally good and hate them when one of the bands kinda blows. But one of the best things about about splits is that they often turn me on to cool bands that I might not have otherwise checked out. A case in point is the new split 7" featuring Iron Chic and Low Culture. This is not just a split between two bands. It's also a split between two labels: Dirt Cult Records (run by Chris from Low Culture) and Dead Broke Rekerds (run by Mike from Iron Chic). It's like a double secret split! Anyway, I'm a big fan of Low Culture. So I was going to be into this release no matter what. But this was my first time hearing Iron Chic, and I was so impressed that I've started to go back and check out the band's prior recordings.

This split had me won over from Iron Chic's opening number "L'esprit de L'escalier". The melodic punk/post-hardcore with gruff vocals thing is a little outside my area of expertise, but I know quality music when I hear it. This track is a straight-up anthem, and it sounds like the drummer might have collapsed from exhaustion if the song had gone any longer. I can't help envisioning how this tune must come off live - with people jumping around like crazy and singing along at the top of their lungs. The energy, as they say, is palpable. When it comes to this style of music, I'd say this is absolutely top of the line. "Subhumanoid Meltdown" is in a similar vein. It starts slow and then builds to a rousing, anthem type feel. You're held in suspense waiting for the chorus to kick in. And when it does, BAM! I love those "whoa oh" backing vocals.

Low Culture, as expected, brings two quality tracks of its own to this split. I thought the band's contributions to its split with Needles//Pins were its best songs yet, and the hot streak stays alive here with the snappy "Not A Machine" and super catchy "Oh Jazelle". The band continues to combine garage, punk, and power pop influences in a distinctive and wonderfully appealing way. "Not A Machine" would fit perfectly between Marked Men and The Figgs on an epic mixed tape. "Oh Jazelle" is pure upbeat energy - the kind of song you can't wait to crank in your car with the windows down! Low Culture, within today's garage/punk scene, strikes me as a very underrated band. But if these guys keep turning out music this good, that might very well change.

All in all, this is a perfect example of what a split should be. Iron Chic and Low Culture have very different sounds, but they clearly have enough in common that it makes sense for them to be together on the same record. I got to hear excellent new material from a band I always enjoy, and I discovered a new band that I really like. It's a win all the way!