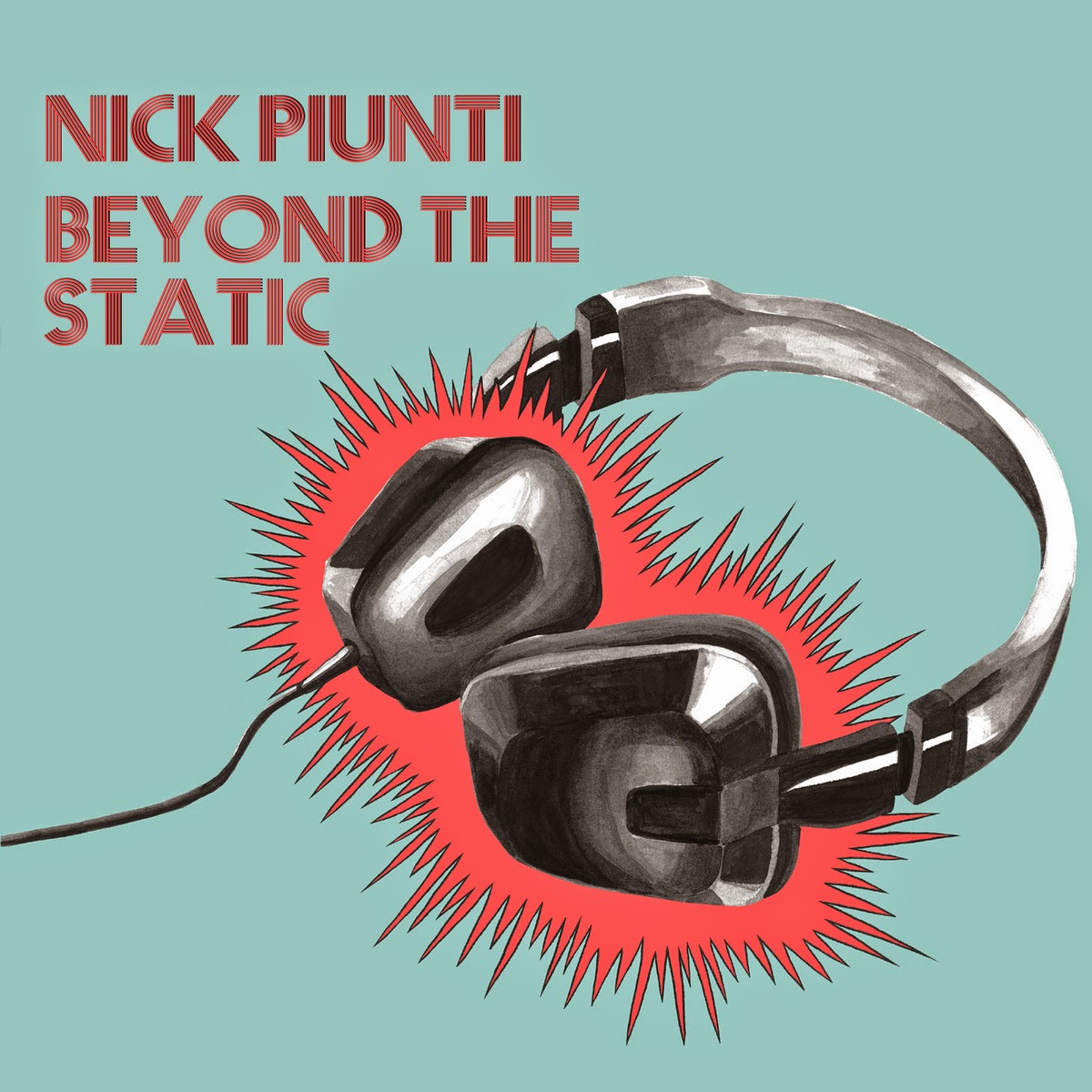 So I went on record declaring that 2014 was the best year for power pop in decades. Is it possible that 2015 might turn out even better? If Nick Piunti's new album is any indication, the answer could very well be yes! Beyond The Static, out now on Two Brains Recording Co., features the former Respectables singer teaming with an all-star cast of Detroit power pop musicians (Ryan Allen, Donny Brown, Chris Richards & Andy Reed from The Legal Matters). Having garnered rave reviews for his 2013 album 13 In My Head, Piunti had the power pop community salivating over a follow-up. And Beyond The Static has no problem living up to such lofty expectations. It's a stunning achievement - the work of a true master of the three-minute pop song.

Again co-producing with Geoff Michael at Big Sky Recording, Piunti continues to craft timeless guitar pop that marries the radiant melodies of the '60s to the up-front guitars of the '90s and beyond. From a stylistic standpoint, he has pretty much stayed the course on Beyond The Static. And what a course it is! After several decades in music, Piunti has such a clear and precise idea of who he is. His songwriting, while very much in the classic style, bears his signature. Musically and lyrically, he's delivered an extraordinary collection of songs. "It's A Trap", with its gorgeous melody and instantly memorable hook, is the very definition of perfect pop. It's almost impossible to imagine a more flawless pop song - until  "Heart Stops Beating" follows immediately with a chorus that will send you into state of bliss! And once you get to the crunching riffs and soaring harmonies of "Time Machine", there's just no doubting that the whole album is going to be fantastic. There are 11 songs in all, and I can't name one I don't like. Piunti - as he's been known to do - supplements the selection of textbook power pop gems with some successful forays into adult alternative rock. If you've written off "middle of the road" style power pop as an oxymoron, wonderful tracks like "Anything But Easy" and "Red Tail Lights" could very well cause you to reconsider. These songs don't just add variety - they also prove to be two of the strongest numbers on the album. Whether he's perking things up ("Seven Days A Week") or mellowing them out ("Quicksand"), Piunti can always be counted on for indelible melodies and genuinely profound lyrics.

Challenged with following a highly acclaimed album, Nick Piunti didn't overthink the task. He just focused on writing the best songs of his life and trusting an incredible group of musicians to help execute his vision. Beyond The Static manages to be both a consummate power pop album and the distinct work of a seasoned recording artist. If you somehow combined the best qualities of Matthew Sweet, Tom Petty, and Paul Westerberg into one songwriter, Nick Piunti would be the guy. Beyond The Static is a superb effort from a music lifer at the very top of his game. If you're a power pop fan and have yet to discover all the amazing sounds currently coming out of Detroit, stop reading right now and start listening!

I certainly agree with your assessment of "Heart Stops Beating" and "Time Machine." Ask Nick about the "other" version of Time Machine.