The Safes are back! 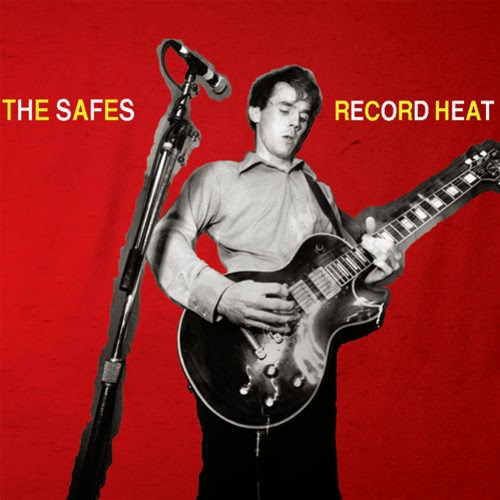 Call 'em power pop, rock n' roll, garage, or whatever you want. Any way you slice it, The Safes have been one of the best bands out there for over a decade. The Chicago group's new album, Record Heat, is its first full-length in seven years and just its third overall. To say it was worth the wait seems like stating the obvious. Both live and in the studio, the brothers O'Malley always deliver the goods. They are supremely talented and criminally underrated. A title like Record Heat promises quite a bit. And given The Safes' previous body of work, it's no surprise that it totally comes through! It's definitely your soundtrack to fun times and enjoying life this summer. But by no means is it a mere rehash of the band's previous efforts. Patrick's production, in collaboration with seasoned pros Jim Diamond and Jason Ward, really plays up the '60s inspirations that have always been at the root of garage rock and power pop. And the songwriting is the band's most sophisticated to date - without sacrificing the big hooks and abundant energy you can always expect from The Safes. You can blast this record while you're partying with your friends on Saturday night, and it'll sound just as good when you're listening alone on your headphones Sunday morning.

While reference points such as Cheap Trick, The Kinks, and early Who still make a lot of sense when it comes to The Safes, Record Heat really showcases the unique artistry that sets this band apart from the typical purveyors of power pop. Every song sounds a little different, and from top to bottom the material is A-level quality. It seems like I have a different favorite track every day. Yesterday, it was "I Would Love To". Today, it's "Know It All". Tomorrow, it will probably be "Hopes Up, Guard Down". I love that at its most basic level, Record Heat is pure rockin' fun. Yet when you pay close attention to everything that's going on in these songs, it's like peeling off additional layers of awesomeness. As all the top garage bands do, The Safes draw from the classic sounds of the '60s and prove them to be timeless rather than dated. In both production and songwriting ("Ace For A Face", "Hot Pursuit"), this album takes the psychedelic tinges of the band's last album and develops them more fully. That adds even more variety to a great mix of song styles. The rockers ("The Wide Open Sky", "Erased From History") are sheer adrenaline, and the pure pop songs ("K.O.", "Know It All") just might be the band's catchiest to date. Once the melody to "I Would Love To" gets into my head, I know it's going to be there all day.

Having loved both of the previous LPs from The Safes, I was certainly expecting Record Heat to be something special. And if you've ever seen or heard The Safes yourself, you probably had similar expectations. I guess that's the curse of greatness - once you set a precedent for excellence, you can't come up short! But honestly, I think this is the best collection of songs the band has ever delivered. And by far, this is the best-produced Safes album yet. Given the rising popularity of garage pop, I definitely think this album will broaden the Safes' fan base while completely delighting their existing following. Vinyl is out on the esteemed Wee Rock Records. And in typical Safes fashion, the O'Malleys will be touring for a solid month in support of this brand-new release. Check out their web site for dates!