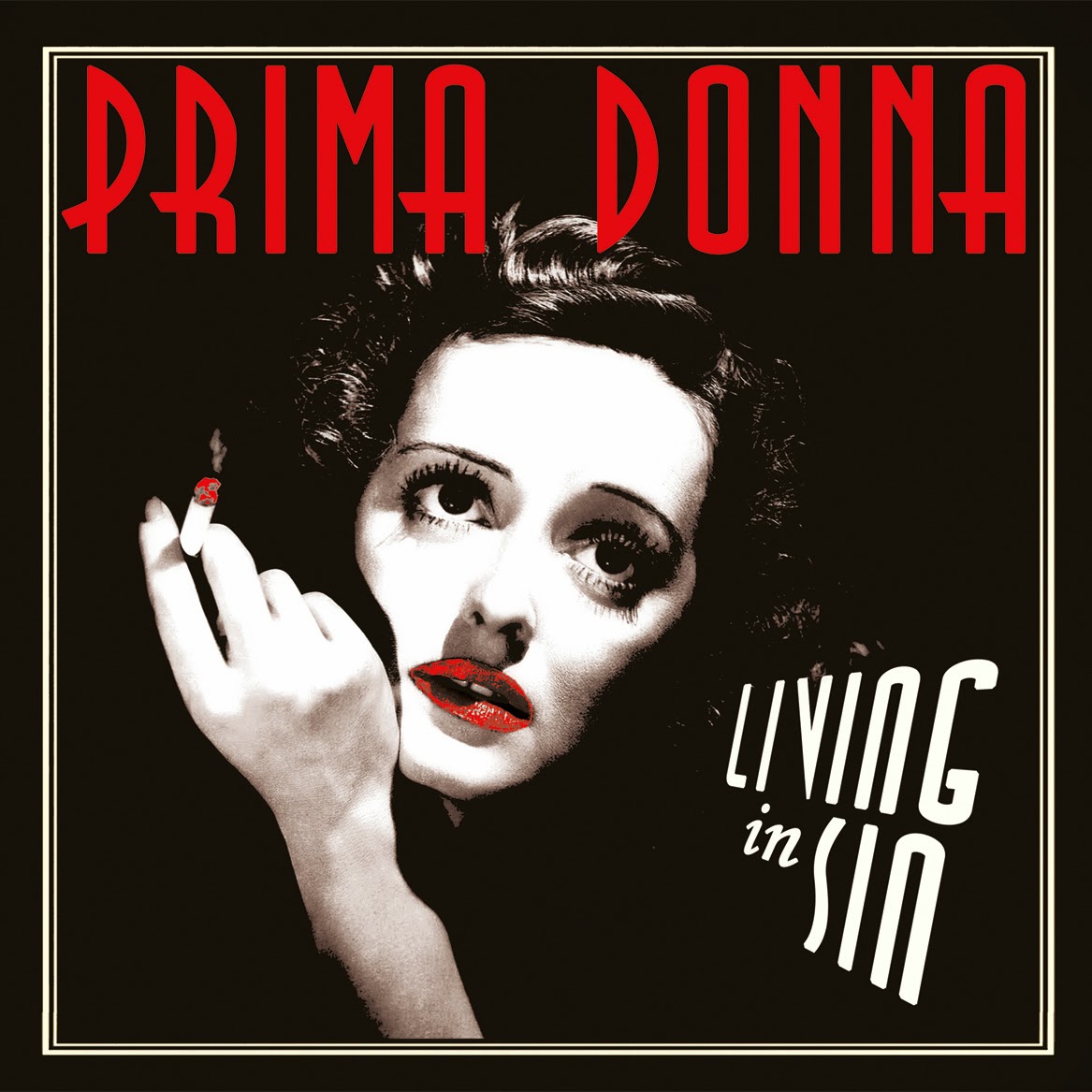 Hollywood glam stars Prima Donna are currently in the middle of a European tour. In conjunction with this event, the great German label Wanda Records has issued a special tour single featuring two all-new recordings. And while it goes without saying that any Prima Donna record is worth buying, this one is especially hot! A-side "Living In Sin" falls on the poppier end of the glam/punk spectrum, and of course that sits just fine with me! With its punchy guitars and tuneful melodies, it could almost pass for a long lost Generation X track. I'm also reminded quite a bit of the late, dearly missed Beat Angels - especially in the vivid lyrical style. This is definitely one of those earworm type songs. Once it gets in your head, it's staying there! On the B-side, "Rubish" unleashes some glorious flamethrower sleaze a la Hanoi Rocks by way of the New York Dolls. Damn, that piano player is killing it! I really like the way the two sides of this single complement each other - perfect pop on the A-side and a furious blast of rock on the flip. All in all, this is a fine addition to Prima Donna's formidable body of work.

Prima Donna has a few more dates in France this week and will finish up its tour at the Ruhrpott Rodeo Festival in Hunxe, Germany on Saturday. If you happen to reside in Europe, check the band's web site for tour dates. And you can purchase "Living In Sin" here! In the States, the title track can be downloaded over at CD Baby.

Whoa! Glad you caught that! That seems to be the going rate for the Wanda 7" downloads on Bandcamp. In the U.S., the title track is a 99 cent download on iTunes and CD Baby. The B-side seems to be exclusive to the Wanda release.

Got the A-side on emusic for 49 cents. Would prefer to buy from bandcamp for a reasonable price, but good enough. Great song though. Reminded me a bit of the Exploding Hearts.