The Keefs make an album! 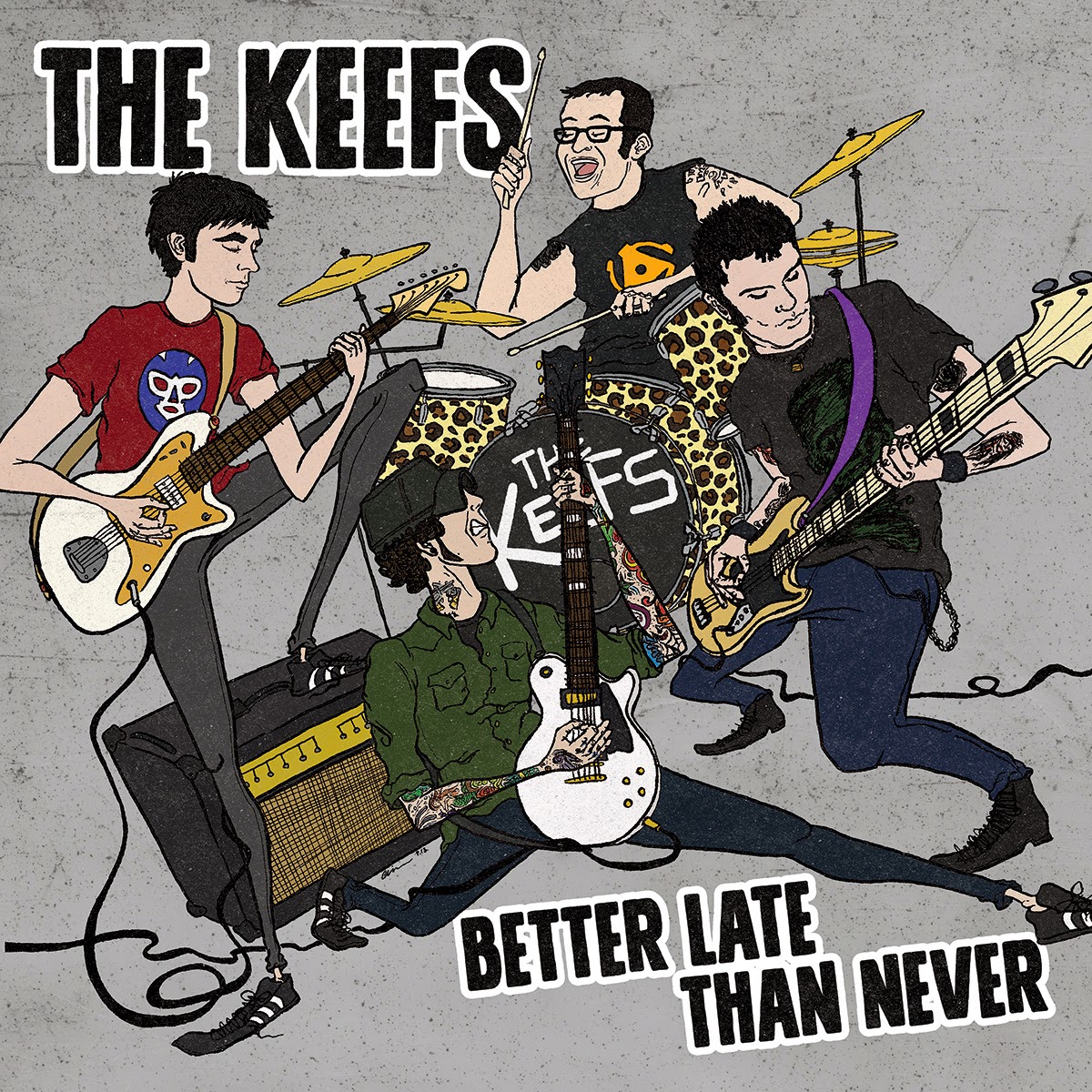 Let the record show that The Keefs were the first band I ever reviewed for this blog. You can look it up: The Keefs were F & L post #1 back on June 9th, 2011. It's quite possible that if this band had never existed, I might have never resumed my writing "career" (it's up to you to decide whether that's a good thing or a bad thing!). Three years later, we've finally gotten a proper album from this fantastic band. And while its release has sadly coincided with these Delaware greats calling it a day, Better Late Than Never is everything I hoped for and then some.

The Keefs described their sound as "old school punk meets rootsy rock n' roll with power pop melodies and a heavy glam influence". If you think that sounds like just about the coolest band ever, then you and I are of the same mind! Taking inspiration from everyone from the Stones to Hanoi Rocks to The Ramones to Thin Lizzy to the Buzzcocks to Social Distortion, this band created the perfect mix of pop and punk and rock n' roll. There a couple of things I especially like about Better Late Than Never. One is that the band didn't go overboard in re-recording older songs. Outside of "Compromise" and "Lemonade" (which both kick all kinds of ass!), the material is entirely new to me. The other thing that really impresses me is that you can hear how far the band's songwriting had progressed from its early days. Better Late Than Never encompasses the broad range of The Keefs' influences and tackles a wide variety of musical styles. Perhaps I anticipated arena rock power pop greatness in the vein of the Biters ("Friends") and balls-out glam/sleaze extraordinaire ("Keefs A Go"). But a lot of these tracks were total surprises in an entirely good way. "Address Song" is Jam-caliber northern soul, and it's perhaps the band's catchiest song ever. With its massive hooks and broad appeal, "Talkin' To A Wall" is what those more recent Aerosmith radio hits should have sounded like. Album closer "My Crazy Is Crazier Than Your Crazy" is that rare acoustic number that doesn't come off like filler.

As unassailable as their influences were, The Keefs never allowed themselves to be defined by them. Dave Janney's gritty vocals and melodic lead guitar quickly distinguished the band from all the "typical" glam/punk outfits of the world. And when I think of The Keefs, the first thing that comes to mind is an amazing rock n' roll band with heart, soul, and incredible songs. While the very title of the album humorously suggests that Better Late Than Never was a long time coming, I'm just thrilled that it's finally seeing the light of day. The world needs to hear this music, and this will surely go down as one of the better albums released in 2014.