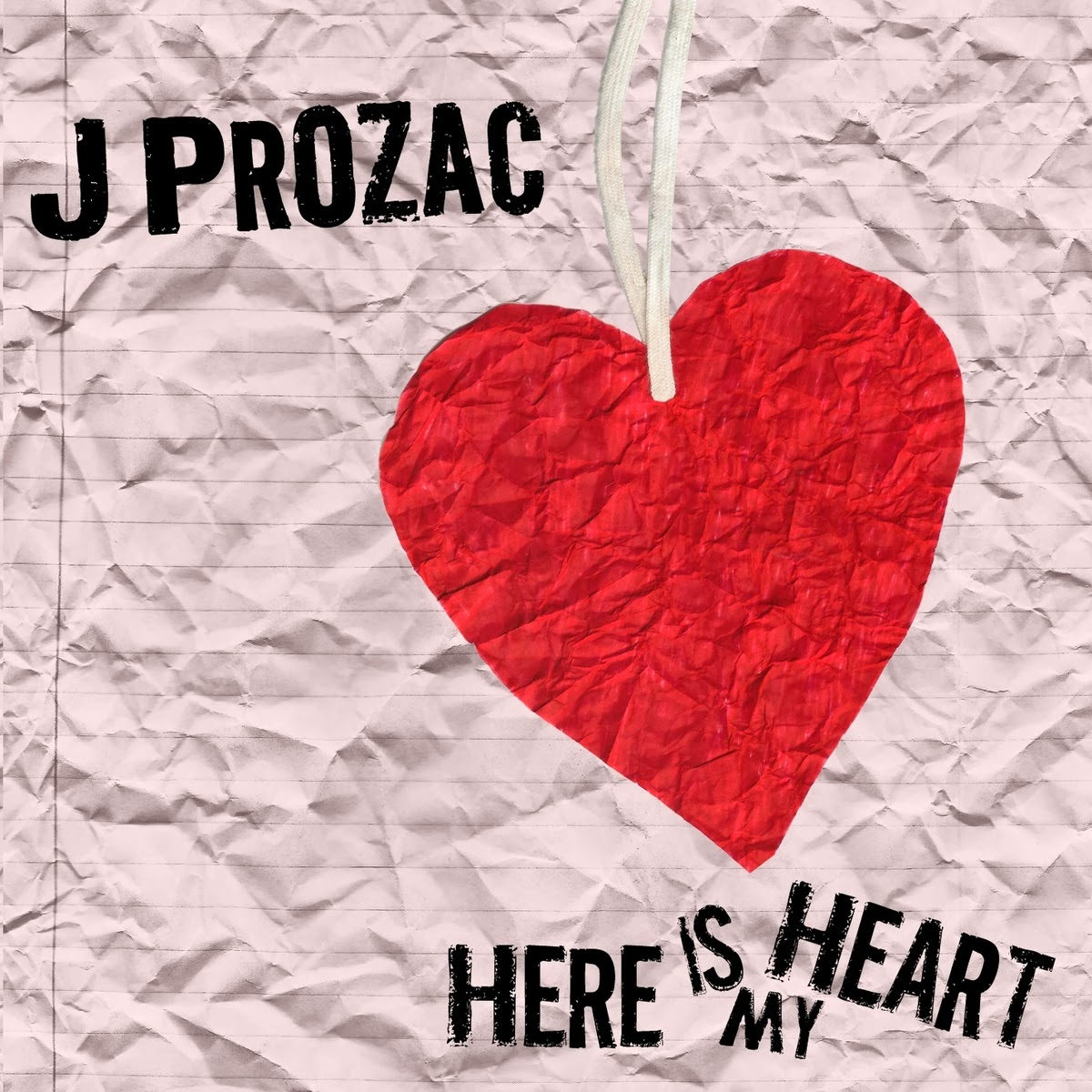 For over a decade, Jay "J Prozac" Gauvin has been at the helm of Westfield, Massachusetts' Prozacs - one of the many excellent bands that have kept the '90s pop-punk sound alive and well in the 21st Century. With The Prozacs slowing down/going on hiatus, Jay has been working on his debut solo album over the last couple of years. Titled Here Is My Heart, it was recently issued by the ultra awesome Jolly Ronnie Records on compact disc. While theoretically a departure from the signature sound of The Prozacs (it's intended to show a "softer and more intimate" side of Jay's songwriting), this album should nonetheless delight any fan of classic '90s pop-punk (such as myself!). As the title suggests, Jay is really baring his soul with these songs. For better or worse, this album is who he is. And while he's not completely reinventing himself as a songwriter, these songs do show increased maturity and sophistication. If you've written it off as a genre for "kids", this record proves that quality pop-punk can be made by and for adults.

Listening to these songs, the influence of modern pop-punk legends like Ben Weasel, Dr. Frank, and Dan Vapid is undeniable. But after more than 15 years of making music, Jay has grown into a distinctive artist in his own right. Some of these tracks could easily be Prozacs songs, while others are quite different. There are a couple of acoustic based numbers, and all in all this is probably more of a pop record than it is a punk record. But given that The Prozacs have very often been power pop influenced, it's not like Jay is overreaching here. In a lot of ways, this is a musical autobiography. Nearly every track revisits a defining moment or significant aspect of Jay's life, and we see how his various experiences have informed the man he's become. As a music lover, I feel privileged when a songwriter "lets me in" like this. And I think it works so well because Jay has the most important quality a pop-punk singer can possess: likability. If this is his life story, you're rooting for him all the way.

With me being a pop-punk guy, I naturally took to songs like "In The Music" (shades of Screeching Weasel circa Anthem For a New Tomorrow) and "O' Lucky Me" (which made me feel like I was 25 again and listening to The Invalids on a dateless Friday night). But the songs that break punk rock form (like "When I Was Two" and "Don't Go") are some of the most touching and powerful on the record. Whether he's reflecting on a lifelong passion for riding BMX bikes or capturing a tender moment between a father and a child, Jay is bravely personal throughout this record. Perhaps because I relate to it on such a personal level of my own, the pop anthem "This All Leads Up To You" strikes me as his masterpiece - a beautiful reminder that sometimes our most terrible experiences are essential pathways to our greatest happiness. Even a song like "From My Heart", which started out as a GrandPrixx demo way back in 20001, is surely enriched by Jay's life experience over the past decade plus.

In the wake of the news that The Prozacs are coming off the inactive list and should be releasing new music later this year, Here Is My Heart is by no means a sign that Jay Gauvin has moved past punk rock. In his words, this solo endeavor was more along the lines of an "alternative vessel" for musical ideas that might not have fit on a Prozacs record. It's rare when pop-punk guys can pull this sort of project off without you wishing they had just made another album with their regular band. When an artist pours his heart and soul into a creation like this, you really want to love it. But in this case, I don't have to want to love it. I do love it! To twist a classic line from Morrissey, it says a lot to me about my life.

another quality addition to your awesome blog. i've had a boy and his bike in mind for my blog ( http://justsomepunksongs.blogspot.co.uk/ ) for a while but haven't got round to it yet. i wouldn't be able to do the album justice like you have anyway. long may you reign

Thank you so much! I'm blushing! -J Prozac