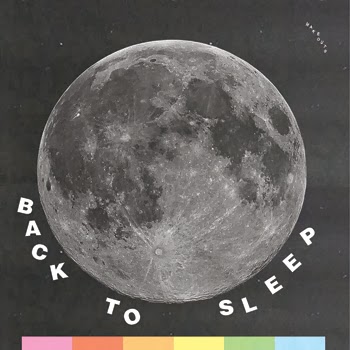 If you've been seriously following garage punk music over the last eight years or so, Stockholm's Makeouts need no introduction whatsoever. They are one of the top bands going in that scene, and have been for quite some time. Their debut single was one of the first releases on the illustrious Austrian imprint Bachelor Records (it was Bachelor #3 - right after the Clorox Girls and Black Lips!). And their 2010 debut album In A Strange Land won a Swedish Manifest Award for best independent Swedish rock album. While Makeouts started out in the Rip Off Records vein of lo-fi trash, they have been growing as a band for years and taking on many different styles under the garage umbrella. New album Back To Sleep - out on Bachelor Records - is an especially accomplished release from a band with the confidence and courage to try new things while still remaining true to the aesthetics and spirit of garage punk. It's definitely their attempt at a magnum opus, and I'd say they've succeeded marvelously. With inspirations running the gamut from The Seeds to Jay Reatard and just about everything between, it's kind of like the Makeouts' own London Calling or Exile On Main St. Believe it: Back To Sleep is anything but a snoozer!

I think what I like best about Back To Sleep is that even with all of its stylistic diversity, it maintains a consistent quality. If you can "progress" as a band yet still keep it fun and catchy, you're gonna win me over fast! These are by far the best songs that Makeouts have ever written, and all of it works. The straight-ahead garage rockers recalling the '60s ("Creeps", "Back To Sleep") or '90s ("Let It All Go", "Up") fit right in with ballsy punk blasters like "Warkids" and delightful rootsy janglers such as "Not Where You Belong". And some of my favorite cuts were pleasant surprises. The poppy "Bringin' Out The Stars" suggests a less polished Barracudas, while the crackling "Time Will Tell" brings to mind Sweden's own Locomotions. "Plastic Bag" is straight up '77 punk/new wave that makes me wanna pogo. And haunting album closer "It Wasn't My Idea To Dance" is almost a complete break from the band's "garage" M.O. (imagine Lee Hazelwood on an acid trip with The Mojomatics). Clearly this is not a band that's limiting itself in terms of the types of songs it's willing to write. From an energy and production standpoint, they remain the quintessential garage band. But by challenging themselves creatively, they've really allowed their exceptional talent to come shining through. I see Makeouts graduating from being known as a great garage band to being known as a great rock n' roll band, period. Back To Sleep is the first truly great garage punk album I've heard in quite some time. No surprise that it was released on Bachelor!