Another one from Neighborhood Brats! 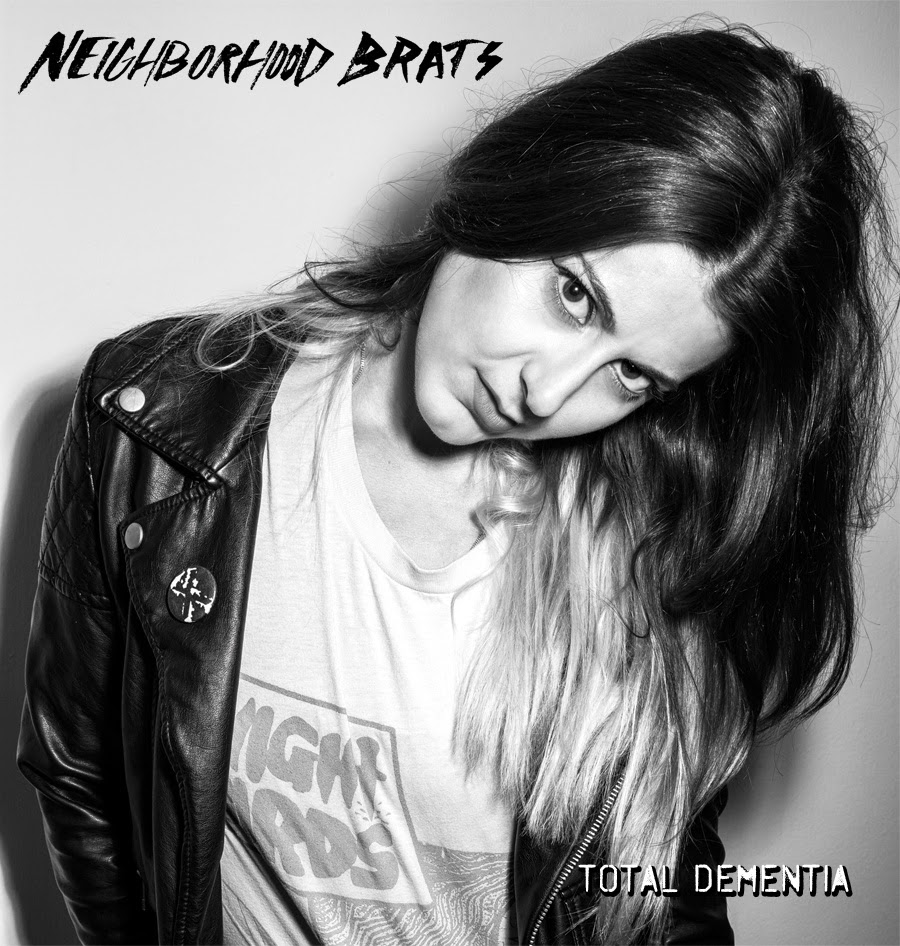 I recently declared L.A.'s Neighborhood Brats one of the best punk bands going today. And by "one of the best", I'm talking top ten if not top five. If you're still among the unconverted few, think fast and aggressive punk rock with strong melodies and a powerhouse lead singer. Total Dementia is the band's fourth 7" and fifth EP overall. And like all the others, it's a scorcher! Sticking to the Dangerhouse Records meets early Black Flag blueprint of their previous releases, the brats tear out of the gates fixing to kill. The title track is a re-worked version of a B-side by Roofie And The Nightstalkers - Jenny and George's pre Neighborhood Brats project. Propelled by a typically ferocious vocal from Jenny, the song more than lives up to its title. George's guitar is a veritable buzzsaw, and new rhythm players Tommy Branch and Richie Cardenas prove to be formidable additions to this outstanding band. Branch and Cardenas especially shine on the hard-hitting "Speckelos Nightmare". And "Bombay Beach Party Death Camp" is the kind of song we've come to expect from Neighborhood Brats - classic California punk fired out at hardcore speed. In keeping with the band's "post-apocalyptic beach party" theme, the closing cover of The Go-Go's "Lust To Love" has a cool dark vibe to it. And what a killer rendition! It's neat to hear Neighborhood Brats showing a poppier side and letting up on the tempo a little - yet still sounding totally like themselves!

Originally pressed last year for a European tour, Total Dementia now gets an official release on the great Dirtnap Records. Fingers crossed that 2014 will bring us an LP from Neighborhood Brats!