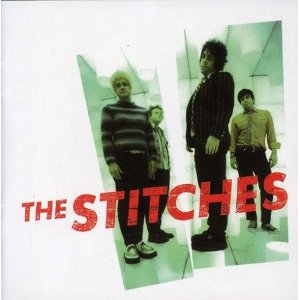 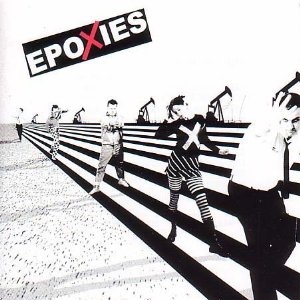 This year I've already counted down my top ten albums of 1982 and 1992. Part three of this listing extravaganza takes us back to 2002. It's hard to believe these albums are already a decade old! '02 was a vintage year for Now Wave Magazine. The print version had been all but phased out, and the web-zine was really starting to take off. Every day, I did a split shift at work and spent the afternoon hours pounding away on record reviews. I had four or five staff writers and at least nine loyal readers. The late '90s resurgence of "old school" punk was winding down but still burning hot. And the neo punk/powerpop thing was just starting to take off. In prior years I had made my name championing the likes of the Dimestore Haloes, Dead End Cruisers, Stiletto Boys, Moral Crux, and the U.S. Bombs. But 2002 belonged to a whole new wave of bands – a few of which would never be heard from again. Ultimately, it was a fun year to write about punk/garage/powerpop music. How many of these albums do you remember?

11. Modern Machines/Fragments split CD
Who remembers this tag team attack of Midwestern melodic punk? MoMacs went on to become one of my fave bands of the decade. I don't know what happened to The Fragments, but their half of this split may have been even better.

10. Dirty Sweets- Bubblegum Damaged
A forgotten gem of female-fronted Rip Off Records snot-punk. If you still own it, give it a spin tonight.

9. Stitches- 12 Imaginary Inches
This was it: the long, long awaited Stitches debut full-length. In retrospect, it probably deserved more hype than it ended up getting. A classic punk album - just as expected!

7. Epoxies- self titled
Remember when everyone and his brother was geeking out over Epoxies circa 2001/2002? Those were fun times! This, their debut album, lived up to the hype and then some. If The Rezillos had made a baby with Gary Numan...

6. Yum Yums- Blame It on the Boogie
These Norwegian pop gods also made my 1997 list with their debut album. Their sophomore LP somehow improved on perfection.

5. Guitar Wolf- UFO Romantics
Guitar Wolf only at #5?! That's how good of a year it was!

4. Mallrats – Fall In Love All Over Again
Here's one that flew way under the radar. Overshadowed by Screaming Apple label mates The Exploding Hearts, this Sacramento trio quietly put out one of the greatest mod powerpop albums of its time. In a style quite similar to that of hometown heroes The Decibels, The Mallrats fused Beatle-esque guitar pop with high-powered mod-punk a la The Jam/Lambrettas/Purple Hearts. In a lot of other years, this could have been the #1 album.

2. Reigning Sound- Time Bomb High School
While the mainstream was starting to go nuts for corporate-sponsored "garage" rock, the real deal went largely unnoticed. Mixing the styles of Memphis soul, '50s rock n' roll, the British Invasion, old-time country & western, and '60s garage rock, Greg Cartwright and co. gave new life to old sounds with punky grit and absolutely brilliant songwriting. Probaby the poppiest Reigning Sound album, and probably my favorite. It sits at #2 instead of #1 only because of the...

1. Exploding Hearts- Guitar Romantic
A lot of people will tell you this was the best album - and best band- of the entire 2000s! I would not argue.

So there you have it. I'm sure I forgot one or two, but it's been ten years and I've killed a lot of brain cells since then. I would gladly spin any of the above titles today. A few are albums I still listen to on a regular basis. By golly, 2002 was genuinely a good year! Now if I could only remember all the singles and EPs...

Hello, hello Faster & Louder. Your pal Shawn Carpetbagger formerly of The Dirty Sweets here. Penny & I actually have a new bubblegum glitter punk band called Lola-Cola that should be releasing our debut single on Ken Rock Records this spring / early summer. You can check us out here http://www.facebook.com/LolaColaATX .

And I have another band, Love Collector, which will be releasing our "Human Bodies EP" on CQ Records in a few weeks. Check us out at https://www.facebook.com/LoveCollectorATX . You can download "Non-Stop Love" for absolutely free at http://getbent.fm/post/20077667585/track-love-collector-non-stop-love .