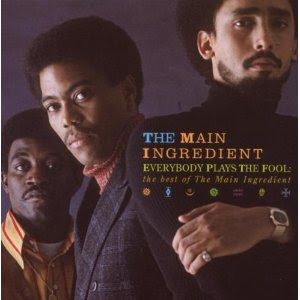 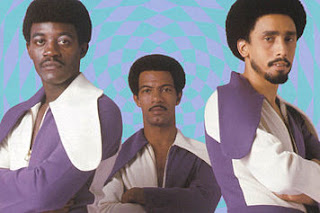 It’s been a long time since I’ve taken on a writing assignment. But my friend Shawn Abnoxious, fearless co-leader of our Blog Alliance Guild (sort of a Justice League for bloggers…he’s Aquaman, I’m the Martian Manhunter), recently proposed a multi-blog crossover project called “Songstory”. And since I’m never one to back down from a writing challenge, I wanted to be part of it. Here was Shawn’s prompt: “Have you ever found yourself wrapped up in a moment that is represented by the perfect song as its soundtrack?” And so I got to thinking.

It has occurred to me that most of the indelible soundtrack moments of my life (or at least the non X-rated ones) have taken place in cars. “Joshua” by Dolly Parton always reminds me of riding in my grandfather’s Cadillac en route to the Baseball Hall of Fame in the summer of 1983, my cousin laughing and pointing at me because my name was in the song. “Big Time” by Rudi always reminds me of the time Dave Getzoff and I missed our exit to Hoboken and got stuck navigating New York City traffic for 45 minutes just to get back into Jersey. “Add It Up” by The Violent Femmes always reminds me of a family trip to Florida, and my dad sitting in the driver’s seat of a rented van, expressing great outrage over being subjected to such decadently foul language. But if there’s one song that I most identify with a soundtrack moment in my life, it would have to be “Just Don’t Want To Be Lonely” by The Main Ingredient.

“Just Don’t Want To Be Lonely” was a top ten hit for The Main Ingredient in 1974. I would not become familiar with the song until December 2007. I was going through a big ‘70s soul phase and was feverishly exploring bands from that era. I had recently put an end to Now Wave Magazine after ten years of doing it. I was burned out on reviewing music, and I was looking to turn a corner in my personal life. A year prior, the sudden and unexpected death of my longtime significant other had thrown me into a state of turmoil. I moved back in with my parents, drank heavily, ate like a pig, and became obsessed with sports talk radio. I threw myself into my work and my zine. I slept a lot. Instead of enjoying my days, I merely got through them. I went on this way for an entire year. Eventually I decided it was time to move forward. There had to be light at the end of the tunnel. I was going to try dating again. And on this one certain day, December 8th of 2007, music and life converged in a way they only seem to in the movies.

I had just emerged from the mall with a silky blue dress shirt I was going to wear on a big first date exactly one week later. The sun was shining beautifully. I had just received a Main Ingredient best-of disc from Amazon, and I popped it into the CD player for the drive home. I know, who doesn’t like “Everybody Plays the Fool”? But it was the second track that truly grabbed me and connected with my mood. And my mood was upbeat. I had a date in seven days! There was no telling how it was going to turn out with this girl, but it just felt right. And so did “Just Don’t Want To Be Lonely”. It’s everything I love about the smooth soul music of the early ‘70s. It’s got a deliciously grooving bass line, harmonies The Pips would envy, a gorgeous symphonic arrangement, a fuzz-box guitar lead that you cannot get out of your head, and most importantly an all-time charismatic vocal from lead man Cuba Gooding Sr. (who replaced original singer Donald McPherson after his death in 1971). What a jam! Seriously: the vocal alone would have made the song. Cuba Gooding Sr. was flat-out smooth! The song is basically about a dude who sweet-talks a girl into not leaving him, and if you listen to the previous Blue Magic version, it’s quite a different vibe. But as interpreted by our man Cuba, this song is no downer. It’s a symphony of swagger. Like a man really would in this situation, he pours on the charm. From the first note, there is no doubt he is going to get his way. When he sings, “I’d rather have your sweet love, sugar”, you just know this girl doesn’t stand a chance! She’s not going anywhere. Who could possibly resist that velvet voice and that magnetic, masculine confidence? I think I pushed “repeat” five or six times. I would never forget that moment, hearing this exultant pop song and finally feeling good about life again, a bright blue sky smiling down upon me with a boundless optimism. It was as if I knew at that exact moment that a sad chapter of my life had come to a close, and a happy one was about to begin. The Main Ingredient would quickly become one of my favorite bands of smooth soul’s golden age. And “Just Don’t Want To Be Lonely”, for reasons both musical and sentimental, today rates as one of my three favorite songs ever. The other two are Springsteen’s “Hungry Heart” and The Clash’s “Guns of Brixton”. Sorry, I do not have stories for those two.

And what happened with the girl, you ask? I married her.

Email ThisBlogThis!Share to TwitterShare to FacebookShare to Pinterest
Labels: Soul