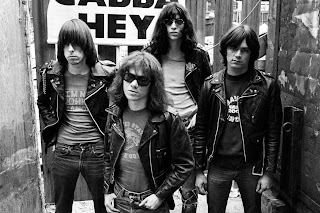 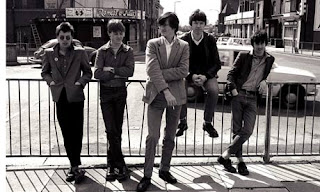 It's an annual birthday tradition of mine to make a list of my favorite bands of all-time. The idea was always to see how this list changes as I grow older. Honestly, there has been little in the way of major movement since I started making these lists. And my #1 band hasn't changed in over 20 years. But with this year's top ten, I can see some reflections of my tastes evolving over time. I used to think of myself as a guy who loved '77-style punk and power pop. Yet today I gravitate a little less toward those two as separate genres and a little more towards bands that combined them. You'll see the Undertones and Real Kids entering my top ten and the Ramones moving up higher on the list. With me currently taking such an interest in bands that blur the distinctions between punk and power pop and rock n' roll, that has influenced the way I look at classic bands as well. At the end of the day, it's all just rock n' roll. You may also notice that my musical tastes remain mostly stuck in the '70s. But come on - that will probably still be true 20 years from now!