The Fritz - self titled 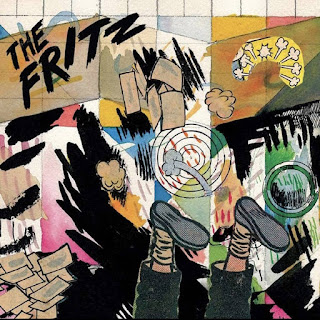 Not only does Drunken Sailor Records appear to be methodically collecting all of the best punk rock bands (Fashionism and Freak Genes join the roster next month!). It also has the best one-sheet writer in the business in Will Fitzpatrick. He penned a particularly brilliant line for this new album from The Fritz: "The Damned dancing on a circular saw?". Seriously! If that doesn't make you want to listen to the album, I don't know what will! The Fritz hails from the great state of Indiana and features members of Liquids, CCTV, Big Zit, Ooze, Pentas, Scabs, and Pukeoid. Liquids, of course, are already part of the Drunken Sailor family. Now The Fritz joins the fun! If you like Liquids or Drunken Sailor label mates Booji Boys, The Fritz's debut long player should be right up your alley. Think snotty Midwestern punk ripped out hard and fast with trashy lo-fi production. 10 of 12 tracks clock in under two minutes, but don't mistake the band's blistering minimalism for a lack of quality control. These tunes are as catchy as they are raging, and overall this is one of those releases that reminds me why I fell in love with punk music in the first place. Tracks like "Creative Death" and "No I'm Not Alright" accomplish so much in 60 seconds that any further lengthening would seem downright excessive. Drunken Sailor seems to have a particular affinity for these bands that overlap the worlds of garage, '77, and hardcore punk. I'd put The Fritz right there with the best of those. A killer debut!