Jackson Reid Briggs & The Heaters - Waiting In A Corner 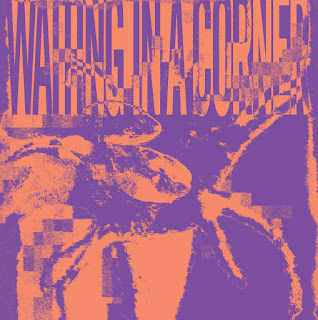 I know the joke is getting old, but I'll repeat it anyway: what in the world is going on in Australia to produce all of this incredible punk music lately? Is it in the air? The water? Something in the Aussie diet? Well the correct answer is that this has been going on for nearly 50 years, and the larger world is finally noticing. Hot on the heels of fantastic long players by Stiff Richards and Civic, the fifth album by Melbourne-based Jackson Reid Briggs & The Heaters completes a holy trinity of essential '20-'21 Aussie punk rock and roll long players. Originally issued in April on Legless Records, Waiting In A Corner will get its European release on Drunken Sailor Records at the end of this month. On these nine tracks, Briggs & The Heaters tear into some powerhouse rock and roll that's got The Saints and Radio Birdman embedded in its DNA yet still sounds right at home in the modern-day world of garage and punk. This is a timeless sound done right: hard-driving, tough as nails, and crackling with raw energy. The band is on fire, and Briggs's lyrics profoundly reflect on big picture themes like change, growth, and devastating loss. Waiting In A Corner is bookended by two brief instrumentals, so the meat of the album is the seven songs in between. And each one is totally killer! There's nothing even close to a sub-par track on this release. I love that "Eaten Alive" and "Too Many Years" -- which comprise over a third of the album's running time -- are two of its strongest tracks. Sometimes five-minute plus punk rock songs are novelties; here they are highlights.
In Drunken Sailor's press release for Waiting In A Corner, Will Fitzpatrick characterizes the album as a "goddamn classic upon arrival". I could not agree more. Reserve yourself a copy while you still can!
-L.R.
https://drunkensailorrecords.bandcamp.com/album/waiting-in-a-corner-lp
https://jacksonreidbriggs.bandcamp.com/
https://www.drunkensailorrecords.co.uk/products/700802-jackson-reid-briggs-the-heaters-waiting-in-a-corner-lp-drunken-sailor-records-drunkensailor-141
https://www.facebook.com/DrunkenSailorRecords
https://www.facebook.com/jacksonreidbriggs
Posted by Lord Rutledge at 7:11 AM