Johnathan Pushkar - "The Girl Next Door" 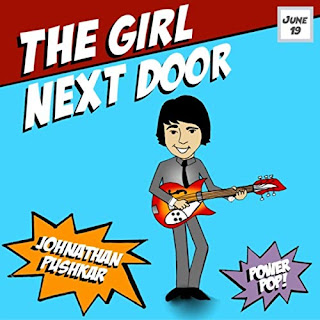 Marty Scott of the legendary JEM Records first heard Johnathan Pushkar only last week. He signed him immediately and has very quickly released the single "The Girl Next Door" on JEM. Scott says of the Nashville-based Pushkar: "He's the new kid on the Power Pop block, but I think he is going to own a lot of property very soon." I'm in full agreement. Ya gotta love a guy whose musical philosophy is "Writing songs for today's audience like it's 1965"! Armed with a 12-string Rickenbacker, Pushkar is a power pop classicist drawing his primary inspiration from the British Invasion and '60s pop in general. He's got the hooks, he's got the style, and he clearly understands the timeless art of the three minute pop song. "The Girl Next Door" is his third single, and it arrives in advance of his debut album (recorded by my favorite music producer, Wyatt Funderburk!). Enjoy - and stay tuned!

Thanks for the kind review! - JP